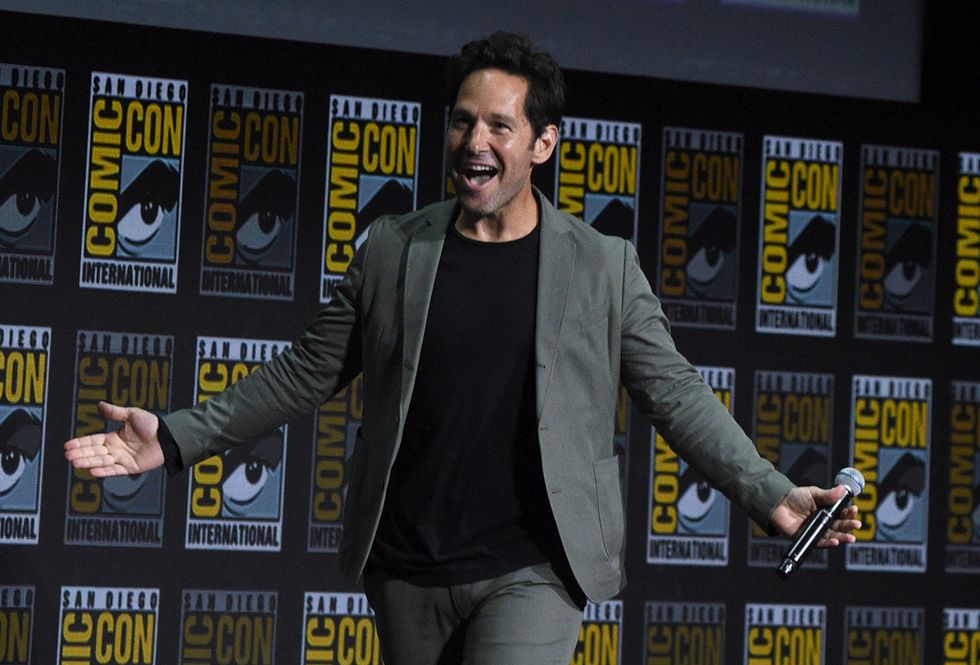 Pop culture fans were treated to a truly super Saturday at San Diego Comic-Con as both Marvel and Warner Bros dropped trailers for several upcoming blockbusters.

Marvel boss Kevin Fiege took to the stage in the afternoon to host a “mega-panel” in which he teased further events of Phases Five and Six of the franchise.

Among the major reveals was the trailer for the upcoming Black Panther sequel which is scheduled for release on November 11.

The cast and crew paid tribute to the franchise’s late star Chadwick Boseman and said they had put their love for the actor into the film.

Sharing the clip, the film’s director Ryan Coogler recalled sitting with Boseman at a previous Comic-Con.

“Chadwick had these huge hands and he was just squeezing down on my shoulders. I felt his hand the rest of the day,” he said.

“I promise you, I can feel his hand on me right now.”

Emotional scenes in the trailer showed queen Ramonda, played by Angela Bassett, and her family mourning the loss of her son king T’Challa, played by Boseman.

Stars of the films including Chris Pratt, Karen Gillan, Will Poulter, Paul Rudd and Evangeline Lily appeared in person at the panel.

Guardians director James Gunn told fans that it was the “end” of the story for the characters as he shared the exclusive footage.

The emotional trailer contained scenes including Gamora as head of the Ravagers, new super-suits and a muscled-up Groot.

Feige also revealed that Marvel’s Phase Six would begin on November 8 2024, kicking off with a Fantastic Four film.

He added that it would end towards the end of 2025 with two Avengers films: Avengers: Kang Dynasty and Avengers: Secrets Wars.

Blue sparks flew in the darkness as special lanyards given to attendees flashed blue as the Hollywood star made an epic entrance onstage, warning fans that the superhero universe would “never be the same again”.

Fans were treated to an extended look at the film with explosive footage showing Johnson deflecting bullets and smashing helicopters into each other.

Sat alongside his fellow cast members Aldis Hodge, Noah Centineo, Quintessa Swindell as well as director Jaume Collet-Serra, Johnson said the film’s journey has been “an incredible one”.

“To be here to watch Black Adam levitate and throw lightning like he was handing out candy, it’s a dream come true,” he said.

The film is scheduled for a UK release of October 21.

Moments before, fans were officially introduced to the “Shazam-ily” as a new trailer for the superhero sequel Shazam! Fury Of The Gods debuted.

Stars of the film Zachary Levi, Asher Angel and Jack Dylan Grazer appeared on stage on the first panel of the day, and virtual messages were sent by Dame Helen Mirren and Rachel Zegler, who could not attend.

Dame Helen Mirren joked that she had been banned from Comic-Con for fighting, and shocked fans with a humorous but risque greeting.

Panels were also held for HBO’s upcoming Game Of Thrones spin-off series House Of The Dragon and the final series of Paramount+’s Star Trek: Picard.

British talent including Matt Smith, Emma D’Arcy and Paddy Considine were joined by US author George RR Martin, and Sir Patrick Stewart was cheered by fans as he arrived to speak.