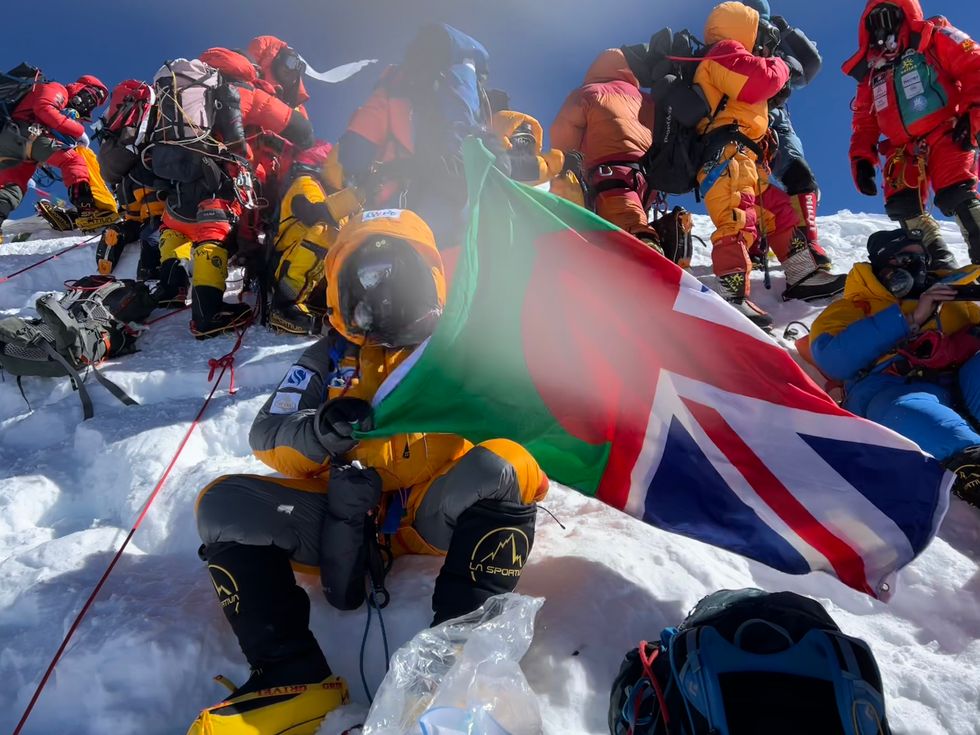 A mountain climber thought to be the first British Muslim to scale Everest said his achievement has “still not sunk in yet”.

The trip was an eventful one for Akke Rahman, from Oldham, who began his trek during Ramadan fasting, fell down a crevasse early in his trip and missed celebrating Eid with his family.

But he reached the summit on May 13 – a fact he is still having trouble processing even as he looks at photographic evidence.

“The beauty is just beyond,” Mr Rahman told the PA news agency as he told of seeing some of the world’s tallest mountains from the top of Everest.

“You can see Cho Oyu, which is another 8,000m or so, in one of my pictures. Makalu is right next to me. You can see Lhotse. There’s so much to see.

“You can see into Tibet.

Mr Rahman began his ascent during Ramadan, meaning he had been fasting for nearly two weeks before setting off and continued to do so on and off during the early days of his trek.

“It really, really slowed me down,” he said.

“My mouth was so dry you could light a match on it.”

While he did his best to continue his fasts, Mr Rahman ended up skipping some when he made it to base camp because he was so tired.

“I wasn’t comfortable doing it to be honest with you, but my religion says life is more precious than death so you need to look after yourself first,” he said.

From base camp he began his first rotation, a climb partway up the mountain and back down to help acclimatise.

While returning to base camp, Mr Rahman said he slipped and fell into a crevasse and was left hanging by a safety line.

“I was hanging there for about 45 minutes thinking about all the negative thoughts and all the things that people told me about not coming,” he said.

Eventually he was pulled to safety by Sherpas, however.

Combined with this, missing his family – he has one daughter, 15, and two sons, 10 and six – during Ramadan had a strong effect on him.

“Leading up to Eid, that was really depressing,” he said.

“For two days I was in my tent and I was like breaking down.

“At one point I did think, ‘Should I just pack it in?’

“But I just thought about the reason why I’m here, all the training and everything that I’ve done, all these years they’ve been leading up to this and this is my chance.

“I kept on going and then I found myself on the top taking pictures.”

Mr Rahman, who has raised more than £80,000 for Orphans Shelter Foundation as a result of his climb, said there was not much time for emotion once he reached the top.

“When I got to the summit, I sort of broke down because I had realised my dreams and ambition, and God had made my dreams come true.

“I broke down but my Sherpa was such a hard guy, he was a tough nut to crack. He just said, ‘Get up, come on, let’s take some pictures – we can’t spend too long here’.

To find out more about Mr Rahman’s fundraising, visit www.justgiving.com/team/peak-humanity.

Please log in or register to upvote this article
IslamOldhamRamadan

One Direction
The Conversation (0)