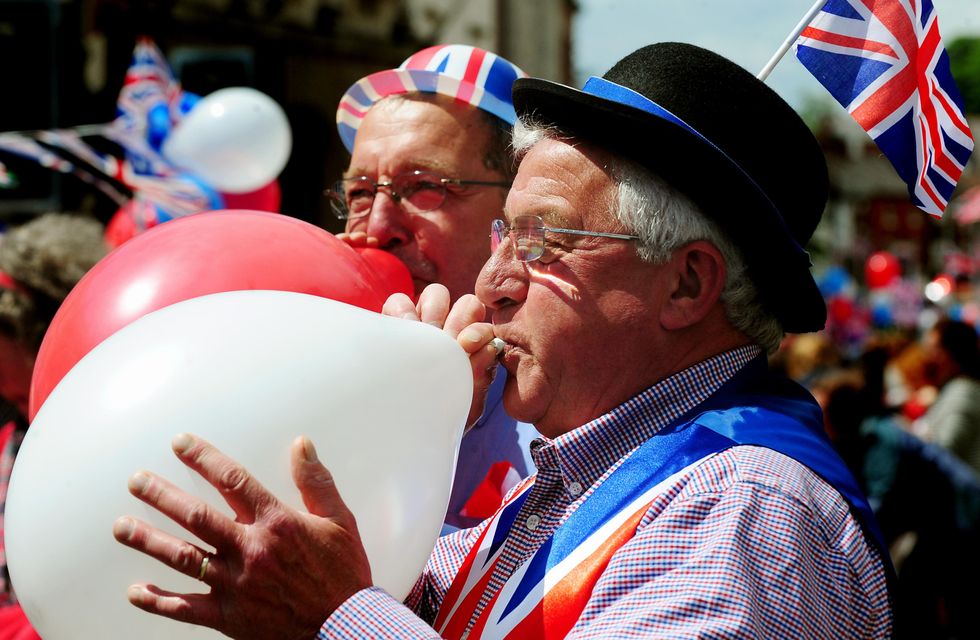 As the UK gears up for the Queen’s Platinum Jubilee, all eyes are on the weather forecast for the bank holiday weekend – and there are high hopes for sunshine and warmer temperatures.

“Good sunny spells” are in store for the many street parties and outdoor events planned across the country, though people should not expect a scorcher, according to the Met Office.

The unsettled and unseasonably cool start to the week – with some areas seeing below-freezing temperatures on Monday morning – will gradually give way to drier, brighter and warmer weather in time for the long weekend.

You're more likely to need the sunglasses than the umbrella

“Most people should see a bit of sunshine”.

But revellers going to outdoor celebrations would be wise to be ready for all eventualities.

“You’d be unlucky if you had to use the umbrella, but take one just in case, because you can never know,” Mr Miles said.

“You’re more likely to need the sunglasses than the umbrella.”

Looking forward to the long weekend? Although it's a cool and unsettled start to the week, it should gradually tur… https://t.co/sj2QOa4w23
— Met Office (@Met Office) 1653849385

On Monday, low pressure to the north is bringing sunny intervals and some heavy rain, with hail and thunder possible in Scotland.

More mixed weather is on the way on Tuesday, with sunshine in south-western areas in the afternoon, but showers hitting the north, east and Northern Ireland.

Wednesday will be drier for many, with the clouds clearing further for the first day of the four-day bank holiday on Thursday.

After a chilly start and showers in Northern Ireland and western Scotland, most of the UK will enjoy fine and dry conditions with sunny spells.

On Friday, it will be a similar picture for most, with some areas basking in “plenty of sunshine”, the Met Office said, though rain could fall in central and northern England.

“On Saturday and Sunday it’s looking quite settled, with most places seeing quite a bit of fine and dry weather again, with a risk of showers this time in the south east and east coast, maybe,” Mr Miles said.

The western half of the UK looks set to get the most of the weekend sunshine.

Temperatures will be creeping closer to average for the time of year, making it feel warmer by the weekend.

In London, where the official Jubilee celebrations are taking place, the mercury is set to hover in the early 20s.

The first night of Glastonbury witnessed the most incredible sunset

Mum who mooned her daughter's school flooded with messages from men