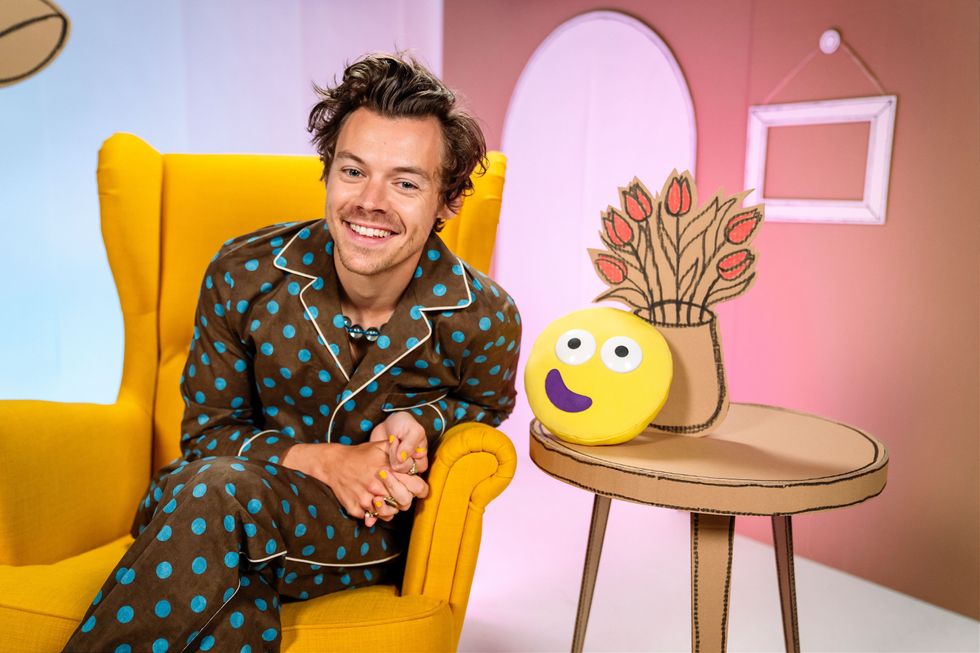 Harry Styles wears blue and brown spotted pyjamas and a necklace of chunky beads in pictures from his upcoming CBeebies Bedtime Stories appearance.

The former One Direction star, 28, will read Jess Hitchman’s In Every House, On Every Street, which is illustrated by Lili la Baleine, on Monday evening.

The story is described as a “heart-warming celebration of homes and the different families that live in them”.

In pictures released ahead of the broadcast, Styles, known for his love of gender-fluid clothing, sits cross-legged in a yellow armchair and smiles at the camera.

The singer’s nails are painted a matching yellow and he wears a collection of chunky rings on his fingers.

His bedtime story will air on Monday May 23 and he will introduce the story saying: “Tonight’s bedtime story is about a house full of love and laughter.”

The programme is on each weekday at 6.50pm on the CBeebies channel and BBC iPlayer.