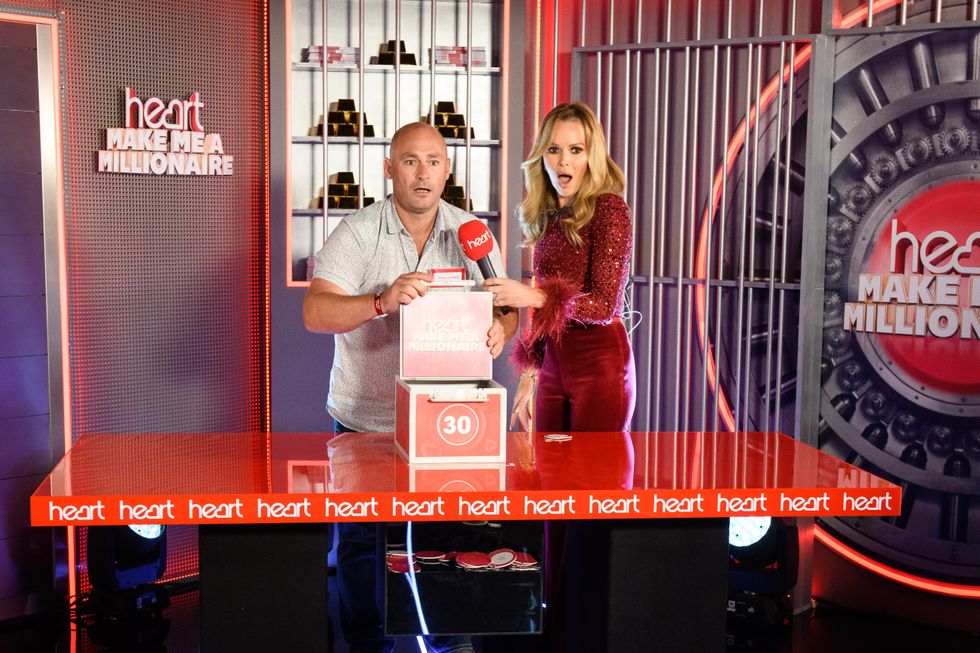 A father-of-four has become a millionaire live on radio as he won a competition on Heart Breakfast.

Lighting engineer Paul Clymer, from the Isle of Sheppey in Kent, is the third winner of Heart’s Make Me A Millionaire competition, which was launched in 2020.

Mr Clymer chose winning box number 30 from the Make Me A Millionaire vault – the same number as his daughter’s birthday.

He told presenters Amanda Holden and Jamie Theakston: “I came here for the experience, not coming here thinking I was going to win.

This year’s Make Me A Millionaire competition was launched in February and over the last three months winners have been able to choose to either take that day’s prize money or enter the final to win the £1 million.

Mr Clymer turned down £2,000 to enter the live final, saying he wanted to have the opportunity for a day out at Heart’s Leicester Square studios in London.

During a dramatic live finale, 39 people in the running for the top prize were whittled down at random to enter the Make Me A Millionaire vault.

The finalists each chose a numbered safety deposit box, with only one containing the grand prize, chosen by Mr Clymer, who based his decision on his daughter’s birthday.

He video called his children live on air including 11-year-old “lucky-charm” Alisha.

His partner of 20 years, Martyne Thompson, said: “I’m in shock. I honestly didn’t think this would happen. I was just looking forward to a nice day out.”

The couple plan to take a holiday before buying their family home in Kent, which is currently rented.

Holden, who donned a red sparkly dress for the occasion, said: “Heart’s Make Me a Millionaire has captivated the nation for the past 15 weeks, culminating in the most spectacular grand finale this morning on Heart Breakfast.

“It’s been a real pleasure to welcome all of our wonderful finalists to Heart today.

“The atmosphere has been incredible and they have made this day very special indeed.

“Of course, there can only be one winner and everyone at Heart is over the moon for Paul and his family. It’s been an honour to be part of this life-changing moment.”

Theakston added: “What an incredible journey it’s been over the past 15 weeks on Heart’s Make Me a Millionaire.

“Since the game began back in February, hundreds of Heart listeners have won thousands of pounds.

“There’s been high drama, suspense, emotion, and more than a few happy tears along the way, and it’s all been building up to today, the hotly anticipated Million Pound Final.

“What a day it has been! We are so thrilled for our winner, Paul.”

Please log in or register to upvote this article
Amanda HoldenHeart