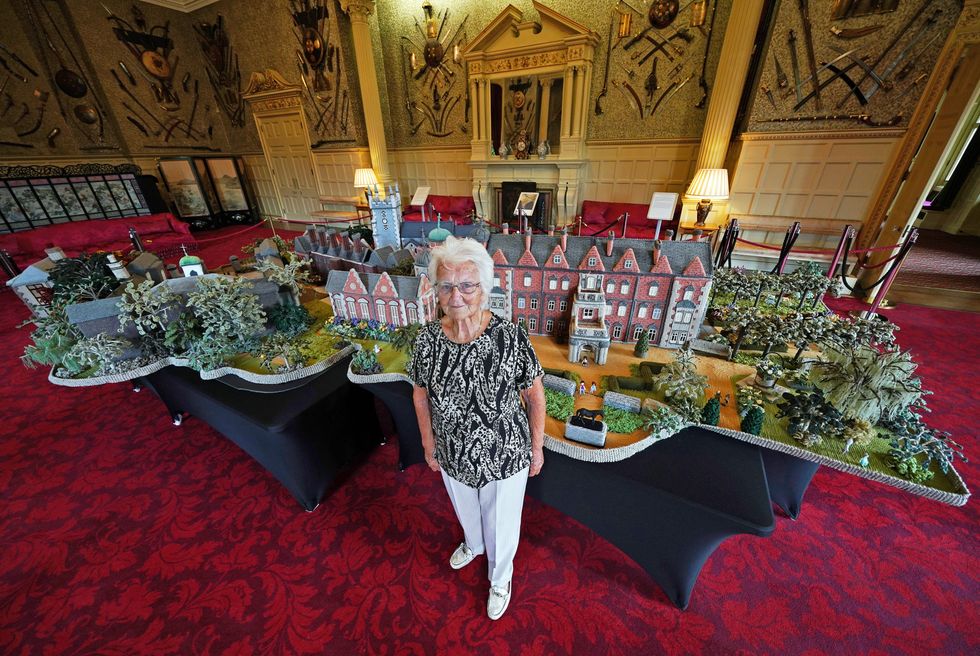 A 93-year-old who created a knitted version of the Queen’s Sandringham House said she “couldn’t stop shaking” when she learnt she had been included in the Queen’s Birthday Honours list.

Great-great grandmother Margaret Seaman, from Caister-on-Sea in Norfolk, has raised more than £100,000 for charities in the last seven years by displaying her woolly works.

She spent two years working on her Sandringham model and was knitting for up to 15 hours a day with the aim of fundraising for local hospitals during the Covid-19 pandemic.

The finished knitted Sandringham was displayed at the Queen’s Norfolk home, where it was viewed by the monarch who appeared to enjoy seeing it recreated in miniature.

Other landmarks from the Queen’s estate featured, including St Mary Magdalene Church – where the monarchy attend the Christmas Day service, and there were even knitted members of the royal family.

Mrs Seaman previously crafted a model hospital called Knittingale – as Nightingale hospitals were set up around the country – to raise funds for the NHS.

She said she used 34 balls of wool, and knitted 59 figures to go inside the hospital – including doctors, nurses and patients.

She has also created a knitted version of Great Yarmouth seafront.

Mrs Seaman is to be awarded a British Empire Medal in the Queen’s Birthday Honours for her services to her local community.

Mrs Seaman said: “It still amazes me that people are so interested in my knitting.

“I just love a big challenge and I like to keep myself busy.

“I never dreamed it would lead to all this excitement.

“It all started about seven years ago when I started knitting for charity and I decided to knit things that were important to local people and to me.

“Fortunately, the Makers Festival at the Forum (in Norwich) gave me plenty of space.

“It’s been one adventure after another and when I was invited to display my Knitted Sandringham at the real Sandringham, and I even met the Queen, which was a dream come true, I thought that would be that.

“But when the letter came through the door saying I had been named in the Jubilee Birthday honours I literally couldn’t stop shaking and I lost the power of speech.”

Jayne Evans, of the Norfolk Makers Festival- where Mrs Seaman’s creations have been displayed, said: “Margaret has wowed the crowds at our festival for years now, each time amazing us all with her creativity, vision, dedication and energy.

“She is a role model for both older people and younger generations and has become like a dear grandmother to me.

“Everyone at The Forum is thrilled that she is being awarded this honour.

Please log in or register to upvote this article
HonoursJubileeQueen