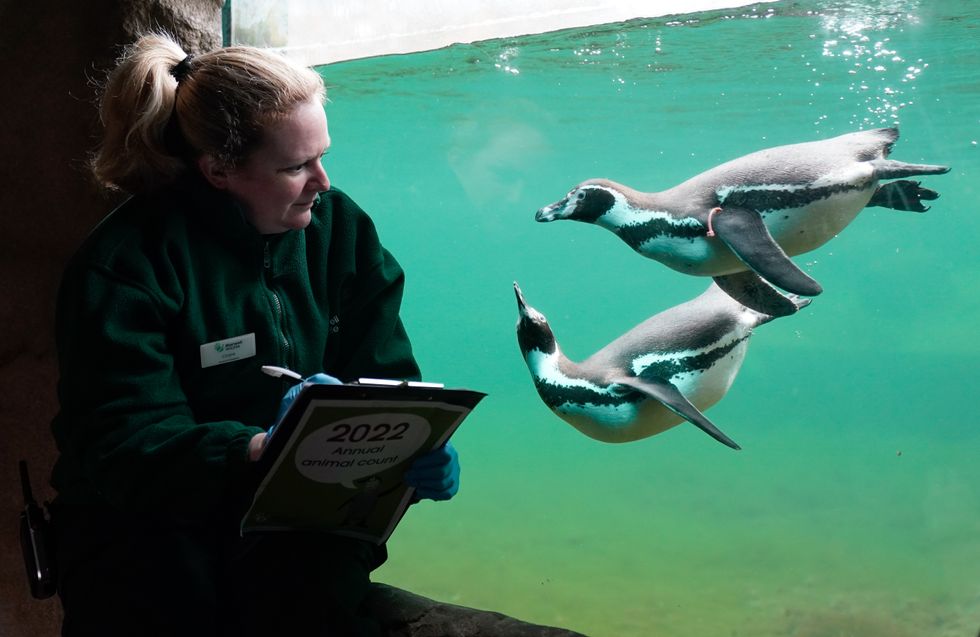 Thousands of animals from stick insects to white rhinos are being tallied up for the annual stocktake at Marwell Zoo.

Keepers at the Hampshire conservation charity are required by law each year to complete an audit of the 2,500 mammals, birds, reptiles, amphibians, fish and invertebrates in their care.

Species such as Caribbean giant cockroaches and stick insects are counted in groups, but all others are recorded individually.

Among the latest arrivals to be included in the count is four-year-old white rhino Zahra, which was born as part of an endangered species breeding programme and has joined the zoo’s “crash” of rhinos, Kiri, Sula, Pembe and Jabari.

A zoo spokeswoman said: “It is hoped one day she may mother calves to secure the future of the species.

“Southern white rhinos were previously hunted to near extinction, leaving only approximately 20-50 individuals at the end of the 19th century.”

Have you come to see Zahra yet? 🦏 The newest member of our crash of rhinos joined us little over a month ago and… https://t.co/BYBuCfNm3M
— Marwell Wildlife (@Marwell Wildlife) 1642226423

Banteng, which are a new species for Marwell, are found throughout south east Asia including Cambodia, Indonesia, Malaysia, Thailand and Vietnam.

Other arrivals since the last stocktake include parma wallabies, the smallest species of the Macropus family, coppery titi monkeys, a male Linne’s two-toed sloth, a Humboldt penguin chick, a bearded emperor tamarin, a male tapir and red river hogs.

Debbie Pearson, animal registrar, said: “Every year we complete the audit in accordance with zoo legislation to ensure the numbers we have on record tally with the animals we have on the ground before sending the final figures to our local authority.

“This year we have more than 2,500 different animals across 141 different species.

“It’s been an exciting year with some welcome additions to the breeding programmes and some firsts for Marwell.”

The zoo spokeswoman added: “Although the audit is undertaken once a year, keepers continually count the zoo’s animals, the record of which is published at the end of January.

“The annual inventory is shared around the world via a database designed to ensure the best possible management of worldwide conservation-breeding programmes.”

Animals at a wildlife park pampered with ice lollies in heatwave

Please log in or register to upvote this article
Zoo