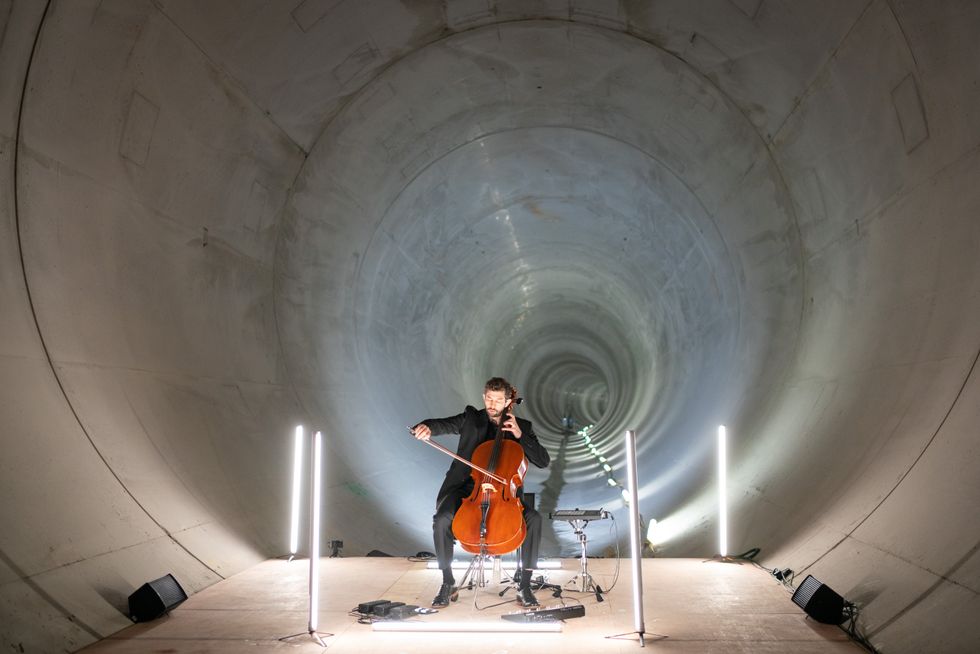 A live concert was held inside London’s new ‘Super Sewer’ to commemorate the end of tunnelling, before it closed forever.

Composer and musician Rob Lewis gave a performance nearly 70 metres below ground inside the sewer – otherwise known as the Thames Tideway Tunnel – on Friday morning.

The London-based artist played the cello to accompany his piece, called Tunnel To Tide, which incorporated the sound of cello, piano and percussion with the sounds of sewer construction.

He has previously performed in London’s Kew Gardens, as well as composing scores for BBC, Hulu and Sky.

The tunnel runs for 25km between east and west London, and is 70m below ground at its deepest point. Construction is taking place at 24 sites across the capital, including in Acton and Greenwich.

The tunnel will now be closed, as work continues on the project. Once completed in 2025, it will dramatically reduce sewage pollution levels in the river.

Chair of Tideway, the company behind the super sewer, Sir Neville Simms said: “Completion of tunnelling for London’s new super sewer is testament to the hard work and contributions of thousands of people and organisations, over many years – and it brings us closer to the ultimate goal of a cleaner River Thames.

“This performance celebrates a significant milestone in our efforts to create a more sustainable London for our growing population and we are pleased to commemorate the end of tunnelling in such a unique way.”

Mousa Khalifeh, senior project manager at the project’s Chambers Wharf site, said: “Today marks a major achievement after four years of our tunnelling machines working away beneath the River Thames.

“This project is all about protecting the Thames from sewage pollution – and with the outer shell of the tunnel now complete, we’re a step closer to bringing London the healthier river it deserves.”

3.5 billion litres of untreated sewage entered the Thames from the Mogden wastewater treatment works in Isleworth in 2020, according to a report from the Environmental Audit Committee.

Gino D'Acampo posts photo of him kissing daughter on lips