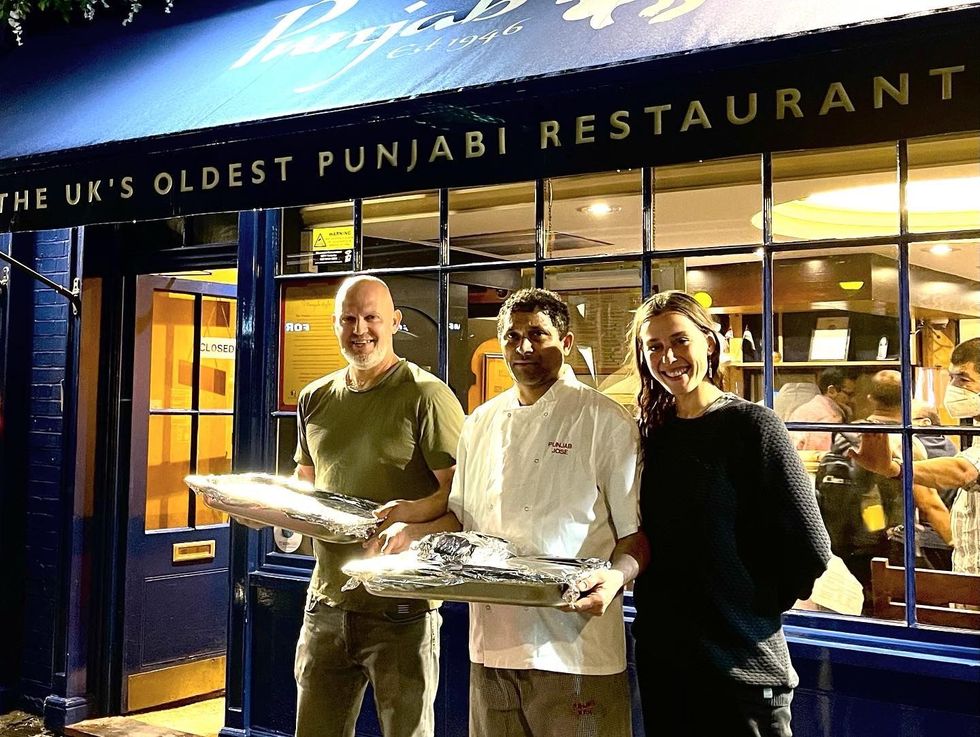 A restaurant owner has hailed how the nation has “come together” as a team of volunteers rushed to collect food from a cancelled event to feed 250 homeless people.

The awards show for the Mercury Prize, which recognises the best British album of the year, was set to take place on Thursday at the Hammersmith Apollo, London, but was swiftly scrapped following news of the Queen’s death.

Shortlisted artist and singer Self Esteem had been due to attend the event. She appealed for help on Twitter and caught the attention of Amrit Maan, owner of Punjab Covent Garden. He organised the 17 batches of food to be stored at his restaurant ahead of its distribution to homeless people over the weekend.

“It shows we can come together as a nation, we’re one big tribe,” Mr Maan, 49, told the PA news agency.

“We’re proud of our royalty, of the Queen, and it was devastating to hear – (it is) like a grandmother passing away.

“And when that call came about in the early evening, I didn’t think twice.”

Mr Maan sent two of his employees to collect the food, prepared for hundreds of guests at the event, and they helped a wider team place the trays in a chill blaster at his restaurant.

Volunteer-led homelessness charity Under One Sky have also stepped in to orchestrate the delivery of the food to people across London on Friday.

Mr Maan, who was awarded an OBE for his services to the community and charity in 2021, said: “It just shows how in such a dark day, (there is) humanity, compassion, light.

“I have to thank the caterers, the artists, my team.

“This beautiful chain of compassionate, caring people – that food could have been thrown away.

Tonight’s Mercury Prize event has been postponed at this time of great national sorrow. We know everyone involved i… https://t.co/URlqcYENXR
— Mercury Prize (@Mercury Prize) 1662661059

“And I’m sure the next few days, lots of other events will be cancelled… Let’s make sure we don’t waste food, let’s put it to good use.”

A group of volunteers, including Under One Sky founder Mikkel Iversen and volunteer Leila Al-Baldawi, banded together in pouring rain to make sure the food was rescued and stored safely.

The meals destined for guests “will now feed hungry bellies on London’s rain-soaked streets”, Mr Maan said as his chefs help prepare the food for the recipients.

“And we had that 17 trays of great food – chicken, vegetables.

“The next 10 days are going to be really difficult, we are all going to be affected by this (so) it is absolutely exceptional.

“We’ve all grown up with the Queen, and it was just the right thing to do.”

“What is nice about the story is this food was going to go to superstars, the most prestigious tables in London last night having dinner, and now its actually going to go to people who don’t have a table to eat on,” the 47-year-old said.