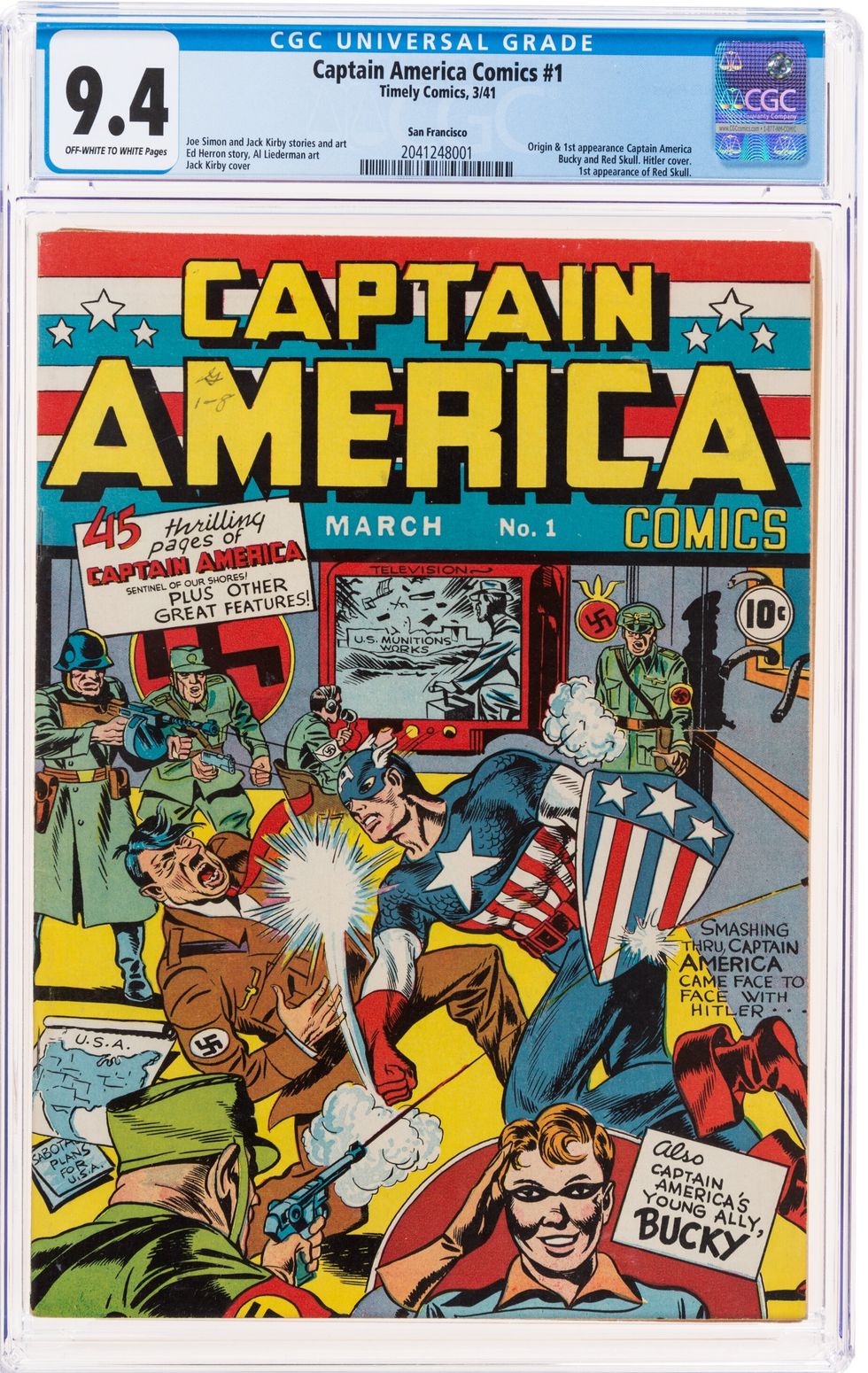 Near-mint condition of Captain America Comics No 1 sells for over £2.3 million (Heritage Auctions/PA)

A near mint condition copy of a 1941 comic featuring the first appearance of Captain America has been sold for over three million US dollars (£2.3 million) at auction.

The sale makes the Captain America Comics No 1 one of the top five most valuable comic books in the world.

The edition features the well-known Marvel superhero, played by Chris Evans in the film franchise, punching Adolf Hitler in the face on its cover.

The final sale price was 3,120,000 US dollars (£2.4 million), and the item was sold as part of Heritage Auctions’ comic and comic art events in Texas.

Heritage Auctions said the edition had a grade of Near Mint 9.4 – the finest copy of the comic book it has offered in two decades.

Captain America is now one of only three superheroes whose debut comic appearances have sold for more than three million dollars, alongside Superman and Spider-Man.

At the same auction a CGC NM-9.2 copy of the Fantastic Four’s 1961 debut sold for 1.5 million US dollars (£1.1 million), marking the first time the super-group has ever crossed the million-dollar mark.

It is also the second-highest price ever paid for a non-Golden Age comic.

“Every time I looked up during the comic art portion of the session, a new record was falling, and with the comic books, that trend continued,” said Heritage Auctions vice president Barry Sandoval.

“We knew this was a selection of truly exceptional material, and we’re thrilled bidders agreed with that.”

She-Hulk used actual quotes from sexist trolls in the show

Please log in or register to upvote this article
Captain AmericaMarvel