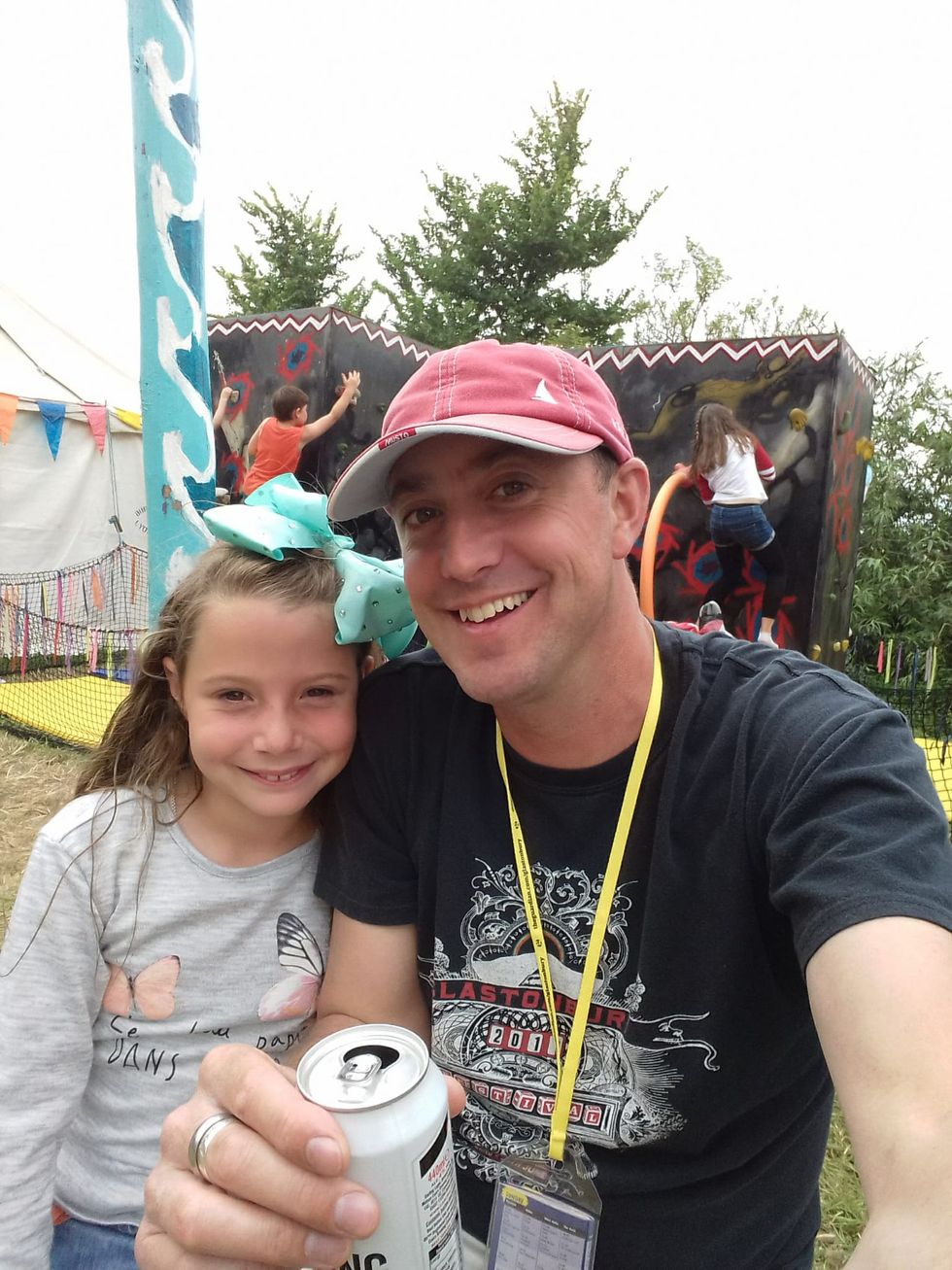 Ben Rogers, right, with his daughter Grace in 2019 (Ben Rogers/PA)

An HGV driver who has attended every Glastonbury Festival since 1978 has said the “party utopia” will be “such a release” after a three-year break due to Covid.

Ben Rogers, born in Pilton, Somerset, is set to tackle his 35th festival at Worthy Farm this week and said his earliest memories of the event included lasers, mud and UB40.

The 45-year-old first joined a small unplanned festival at the site in 1978, aged one, with his now 49-year-old sister Kerry and their parents Pat and Rachel, both 73, who have been to every edition of the event at Worthy Farm.

Pat (left) and Rachel Rogers, who have attended every Glastonbury Festival, at the event in 2019 (Ben Rogers)

Mr Rogers still lives just seven miles from the site, in Wells, and this year will be with his son Harry, 14, and 12-year-old daughter Grace, both of whom have gone annually since they were born.

“I think it’s a tradition that will stay in my family forever,” he told the PA news agency.

“Glastonbury is a party utopia, you can just forget about the outside world for five days … the scale of entertainment and variety is just breathtaking.”

It is the first year Glastonbury has taken place in person since the Covid-19 pandemic and the gap since 2019 is the longest Mr Rogers has ever had to wait between festivals.

“Every four or five years Michael (Evis) does a year off, and that’s hard enough – but the past three were really hard, especially with what’s been going on,” he said.

Mr Rogers said his earliest memories of Glastonbury included lasers emitting from the Pyramid Stage and “some mud”.

“Even though we lived in the village, mum and dad would go down and erect a big tent right in front of the Pyramid Stage up on the hill … we’d all camp down there.

“They’d have these terrific lasers coming out of the stage in the early ’80s, it was fantastic.

“Then I remember some mud – 1985 was the first real muddy festival, a couple of months’ worth of rain fell.”

Also mentioning performances by the Prodigy and Coldplay, he said the best act he ever saw at the festival was David Bowie in 2000.

“It was just stunning, (it’s) hard to put into words … Bowie fans, in general, say that was arguably his best performance ever,” he said.

Asked what act he was most looking forward to this year, Mr Rogers said: “Sam Fender, an incredible young man.

“I know he will nail it – and that could take him onto another level. You nail a set at Glastonbury and it can take you beyond anything.”

“And don’t get bogged down in one space – it’s easy to be star-struck with the Pyramid Stage, but wander the site and keep exploring and you’ll find some incredible things,” he added.

“It’s the unknown acts you stumble across as you’re walking around when you see amazing performances, not just music but circus, comedy, dance, theatre – there’s just so much to see and do … what you see on the BBC is just a fraction of it.”

Mr Rogers will be queuing and setting up his camp at the festival on Wednesday morning, before going to pick his children up from school.

“I’ve given them the Thursday and Friday off, so will pick them up and then come straight back,” he said.