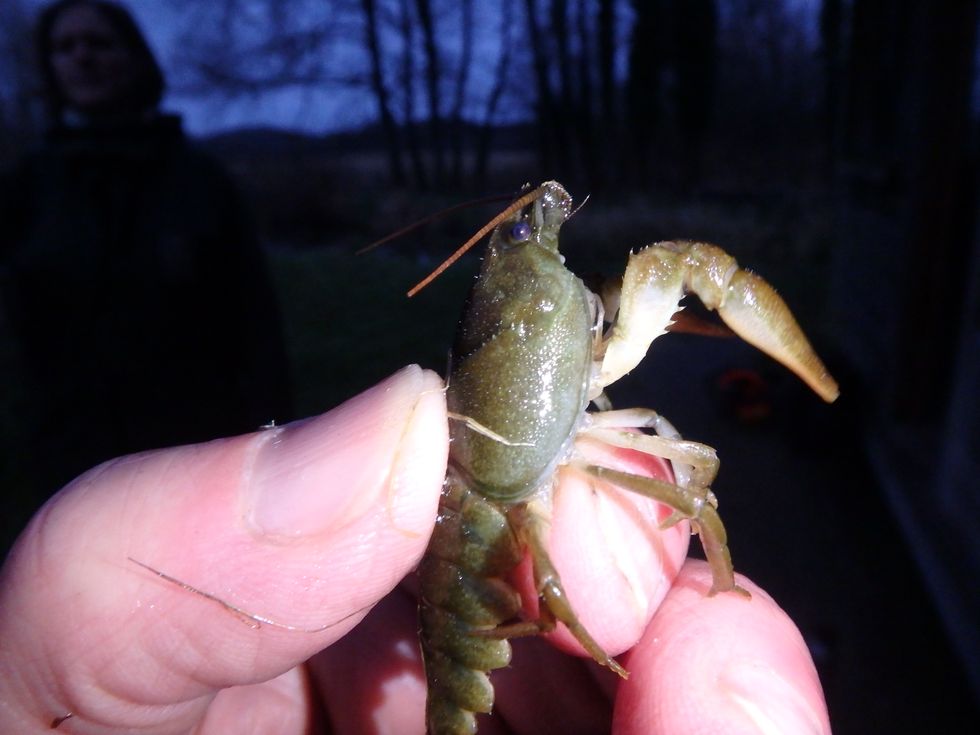 A rare white-clawed crayfish has been discovered at a nature reserve where it was thought to have died out more than 30 years ago, conservationists said.

The UK’s only native crayfish species was thought to have vanished from Winnall Moors Nature Reserve in Hampshire in 1991 as a disease spread by invasive signal crayfish from the US wiped out the local population.

However, a group of staff and volunteers for Hampshire and Isle of Wight Wildlife Trust made the discovery of the native white-clawed crayfish while carrying out routine management at the reserve in Winchester.

A group of what looked like “mini lobsters” tumbled off the root ball of a willow that they were removing from the water to improve river flow, the team said.

They initially feared they had unearthed a group of signal crayfish, which carry a disease called crayfish plague that they are largely resistant to but which is lethal to the white-clawed species, driving the native crustacean’s decline.

After an anxious wait for an expert to arrive, during which time the crayfish were kept first in an upturned chainsaw helmet and then a volunteer’s lunchbox, conservationists confirmed they had found the native species.

Conservationists in the UK have been working for decades to restore white-clawed crayfish populations, which have declined by around 70% since the 1970s, due to pollution, habitat loss and the introduction of non-native crayfish.

Rachel Remnant, reserves officer for Hampshire and Isle of Wight Wildlife Trust, said the team’s initial worry was that signal crayfish, known to live around a kilometre away, had moved in but they could not see obvious red on the underside of the claws that the invasive species typically have.

“I video-called my colleague, Dr Ben Rushbrook, who is the principal ecologist at the trust and our resident crayfish expert, to show him what we’d found.

“He sounded excited but hesitant from what he saw, so said he would rush over.”

Dr Rushbrook said: “Finding this cluster of white-clawed crayfish is incredibly exciting, especially as we found some juveniles which suggests they are well established at this location.

“It’s a bit of a mystery whether the crayfish have somehow managed to hang on undetected since the plague outbreak in the early 90s or whether they have since recolonised this stretch of river.”

He said the trust had embarked on a floodplain restoration programme more than 10 years ago, which would have increased the amount of suitable habitat for white-clawed crayfish, and hopefully contributed to their survival onsite.

Ms Remnant added: “Life is tenacious and this shows wildlife can come back if given the right conditions – it makes all the hard work over the years worth it.”

Please log in or register to upvote this article
EnvironmentNatureWildlife