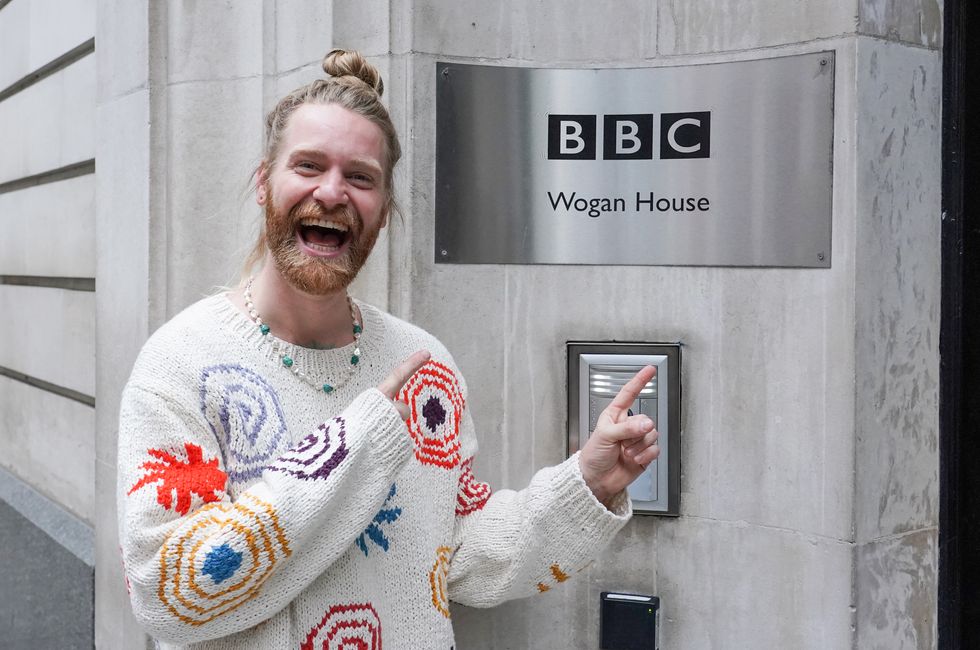 Sam Ryder, who finished second in the final of the Eurovision 2022 Song Contest, arrives at Wogan House in London for a live interview on the Zoe Ball’s breakfast show (Ian West/PA)
PA Wire/PA Images - Ian West

Sam Ryder’s Eurovision single Space Man could top the charts by the end of the week after his success at the contest in Turin.

The singer and TikTok star, 32, came second behind Ukraine’s Kalush Orchestra on Saturday night, giving the UK its best result in more than 20 years and ending its dismal two-year run of zero points.

A special update issued by the Official Charts Company on Monday indicated that Space Man is currently sitting at number three behind Cat Burns and last week’s chart-topper Harry Styles.

Space Man would be the first Eurovision single to hit number one in the UK since Gina G’s Ooh Ahh (Just A Little Bit) in 1996.

Martin Talbot, chief executive of the Official Charts Company, said: “The UK has gone Eurovision crazy this year, so it is fantastic to see Sam Ryder’s Space Man making a genuine bid for number one in the Official Chart this week.

“Let’s hope he can go one better than his second place in Turin and lead the field in the UK’s Official Singles Chart.”

Bookmakers Coral said its odds of Ryder reaching number one had continued to increase and were at 1/2.

Speaking on BBC Radio 2, Ryder, who was 22nd to perform on Saturday night out of the 25 finalists, said: “I don’t know, I just felt so much, just encouragement and support and love from home. And not just home, but in the Eurovision community in general, because there’s so much love, sitting in that arena is like being in a church, it is just incredible.

“I can’t explain it, and I can’t even begin to do it justice, the feeling that you have when you’re there. But going on that stage, it felt like, just trust in everything.

“Trust in the years that you’ve been singing and enjoying singing and music and take it all in.”

Asked about Ukraine coming first, he added: “They needed to win that. They were always going to win that.

“It’s so important that we use the platform of Eurovision to celebrate solidarity and to shine light into darkness.”

Ryder, from Essex, uploaded cover songs to TikTok during lockdown and caught the attention of global stars including Justin Bieber and Alicia Keys.

He signed to the Parlophone record label, part of Warner Music Group, and released his debut EP The Sun’s Gonna Rise in 2021.

Ukrainian president Volodymyr Zelensky said in a Facebook post following his country’s win that: “Our courage impresses the world, our music conquers Europe!” and also vowed that Ukraine would host the singing competition next year.

The European Broadcasting Union (EBU) said in a statement after the finale: “We congratulate Ukraine and Kalush Orchestra on their win and superb performance. Now we will begin planning for 2023 with winning broadcaster UA:PBC.

“Obviously, there are unique challenges involved in hosting next year’s competition.

“However, as in any other year, we look forward to discussing all the requirements and responsibilities involved in hosting the competition with UA:PBC, and all other stakeholders, to ensure we have the most suitable set-up for the 67th Eurovision Song Contest.”