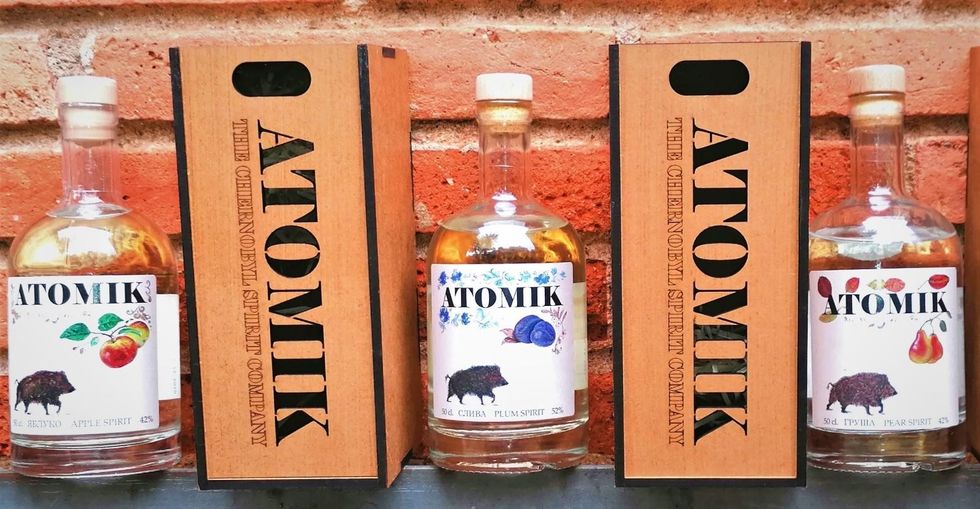 A company set up by UK academics to create vodka from crops grown near to Chernobyl is donating profits from two new fruit schnapps drinks to refugees from the war in Ukraine.

Professor Jim Smith, of the University of Portsmouth, and Ukrainian colleagues set up a social enterprise in 2019 to show that vodka could be safely produced in the region affected by the nuclear reactor accident in 1986.

The initiative started as a scientific experiment and progressed to the team based in the Ukraine and at the Hampshire university selling the radioactive-free vodka in the UK.

The Chernobyl Spirit Company is now supporting Ukrainian refugees by donating the profits from the first 850-bottle batches of its two new premium fruit schnapps.

The spirits are 5x distilled in Ukraine from pears and plums harvested last autumn from districts affected by the Chernobyl accident and now partly under Russian control.

The company started sales of its Apple Spirit last autumn and has donated £15,000 – all its profits so far – to the Ukrainian refugee appeal with at least 75% of all future profits from the social enterprise going to support the recovery of communities in Ukraine.

Prof Smith said: “Having spent my career working on the consequences of Chernobyl I’m horrified to see the much worse impact of the Russian war on Ukraine.

“Our social enterprise aims to support communities affected by Chernobyl, many of which are now under Russian occupation.”

Colleague Dr Gennady Laptev, a Chernobyl emergency worker who is currently in Kyiv with his wife and 86-year-old father, said: “We hope our social enterprise will help people affected by the devastating social and economic impacts, first of the Chernobyl accident and now of the war.”

Please log in or register to upvote this article
RussiaUkraine