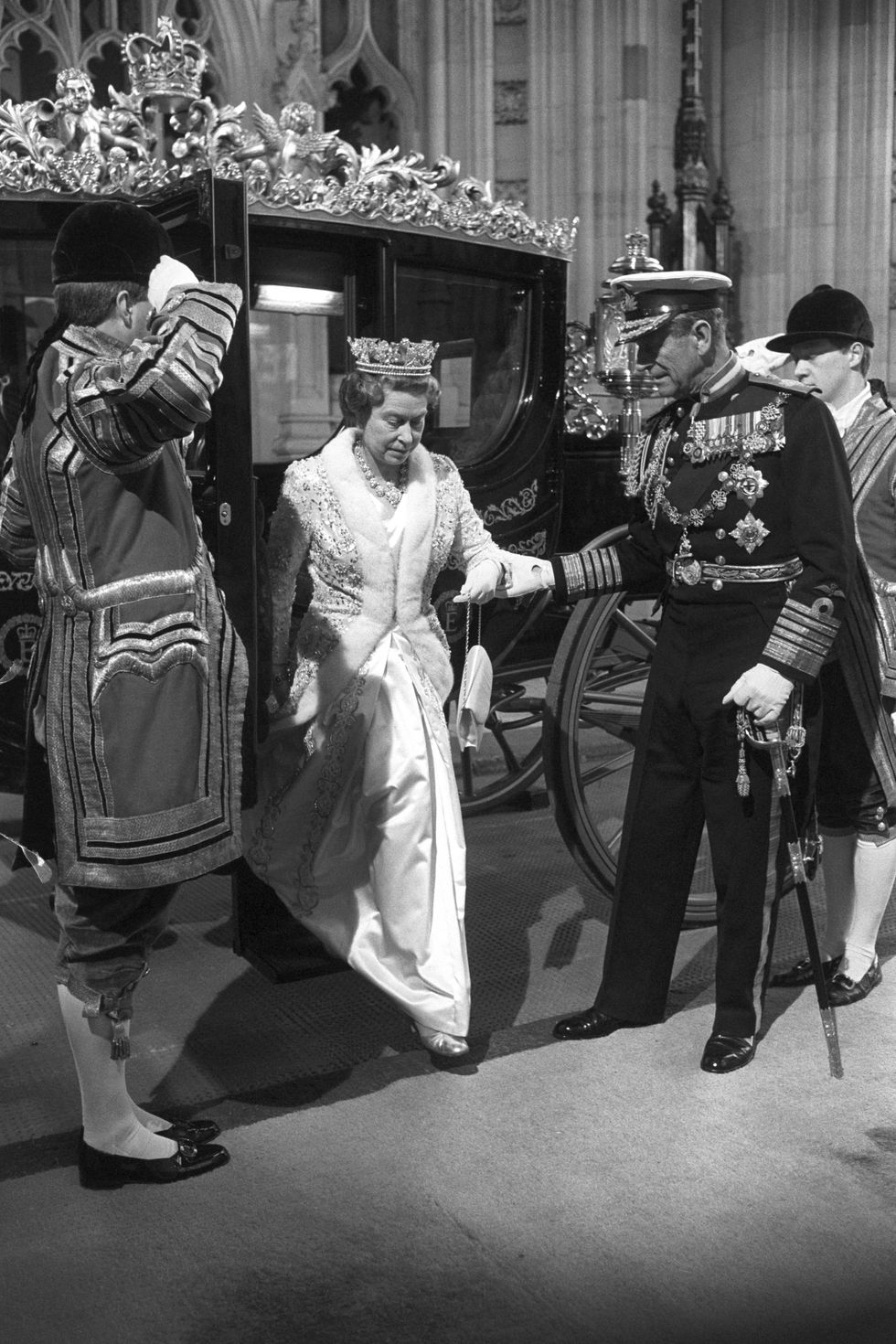 Seventy photos marking the Queen’s 70 years on the throne have been compiled to celebrate the monarch’s Platinum Jubilee.

With an image of Elizabeth II from every full year of her reign, the pictures, brought together by the PA news agency, show the Queen through the decades – from a twenty-something sovereign to an experienced head of state in her twilight years.

In the first photo from 1952, the new, sombre, young Queen is clad in her black mourning outfit as she gives a regal wave from her car.

She was travelling back to Clarence House after landing in London Airport, having just returned from Kenya two days after the death of her beloved father George VI.

The new Queen, Elizabeth II returns to Clarence House, London, with the Duke of Edinburgh from London Airport after the sudden death of her father (PA)PA Archive/PA Images - PA

Sixteen months later, she was crowned in her Coronation regalia in a deeply religious ceremony at Westminster Abbey in 1953.

Riding at Windsor, days at the races and cuddling corgis are just some of the glimpses of the behind-the-scenes Queen.

The Queen sitting on a grassy bank with the corgis as she watches competitors, including the Duke of Edinburgh, at the Royal Windsor Horse Show in 1973 (PA)PA Archive/PA Images - PA

On duty, the monarch is seen in a fur stole and ballgown for the state opening of parliament in 1964, greeting Silver Jubilee revellers in 1977, and saluting while in uniform and on horseback for the 1985 Trooping the Colour.

In 1993, the capable Queen, with one eye closed, is pictured firing the last shot on a standard SA 80 rifle during a visit to the Army Rifle Association at Bisley Ranges.

The Queen prepares to pour her own milk as she joins Glasgow resident Susan McCarron for a cup of tea at her home in Castlemilk in 1999.

A visit to the EastEnders’ Queen Vic pub and a front row seat at London Fashion Week are some of the lighter engagements during the monarch’s many years of royal duties.

The serious side included meeting presidents and prime ministers, inspecting Guards of Honour, and performing ceremonies of state.

The Queen paid her respects as she laid a wreath at the Armed Forces Memorial at the national Memorial Arboretum in 2011, and in 2013, joined the Argyll & Sutherland Highlanders for a group photograph.

For the 2020 picture, the Queen and the Duke of Edinburgh stand side by side in the sunshine in the quadrangle of Windsor Castle.

They were photographed to mark Philip’s 99th birthday.

The pair, who were married for 73 years, spent lockdown together at the Berkshire royal residence in HMS Bubble – the nickname for their reduced household of staff.

But within a year, Philip had died. The Queen sat alone at his funeral amid Covid-19 restrictions in 2021.

In one image, the Queen – one of the most photographed women in the world – steps behind the lens.

In 1982, the sovereign took snaps on her gold Rollei camera during her royal visit to the South Sea islands of Tuvalu.

The Queen’s Platinum Jubilee on February 6 will be celebrated during a four-day weekend of national festivities in June.

Queen has amazing reaction to Parliament joke at Jubilee Celebration