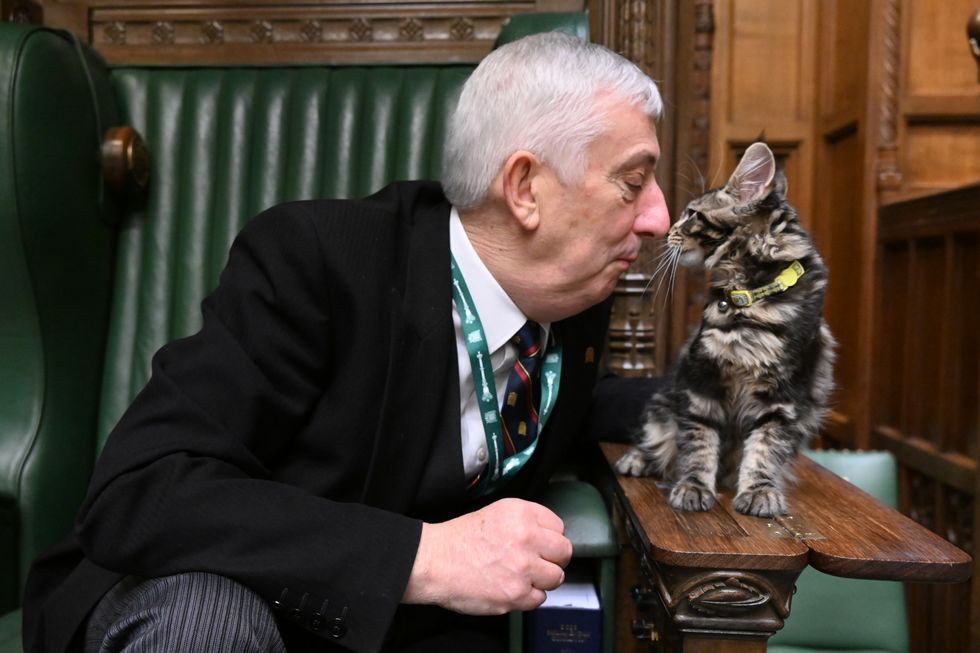 The Speaker of the House is known for his love of animals and his wide array of pets, all named after key figures from across the political spectrum.

The naming of the four-month-old brown tabby Maine Coon means that Sir Lindsay has two pets named after Conservative politicians and two named after Labour MPs.

The Hoyle family lost Patrick, a Maine Coon named after Tory peer Lord Patrick McComack, when the 12-year-old cat died from a tumour earlier this year.

He said: “Attlee is just the boldest, craziest, life-force you can imagine, he races around my office, much to the amusement of my team, and brings a smile to the face of doorkeepers, police officers, cleaners – and everyone who comes into contact with him.

“I still miss Patrick – who was my favourite pet – but Attlee, who we named after a former prime minister who created the NHS, has cheered us up no end.”

An Instagram account has been created for Attlee which Sir Lindsay said he hopes will help to engage animal lovers with democracy.

Jacob Rees-Mogg dished up a triple whammy in the Commons