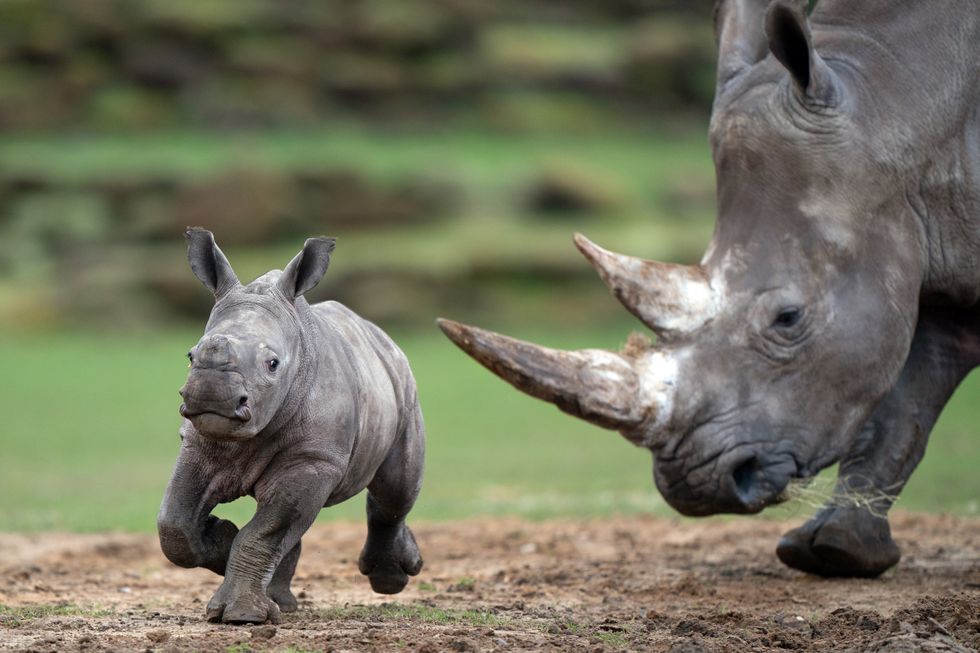 A six-week-old rhino calf has been seen exploring her surroundings for the first time following her birth at a wildlife park.

The youngster was born on December 18 to mother Njiri and father Zimba at Africa Alive in Suffolk as part of the European breeding programme for the species.

On Thursday the southern white rhino calf – the first to be born at the park – was officially named Zawadi following a public poll.

The name, one of six picked by keepers and put to a vote earlier this month, means gift in Swahili.

Zawadi has been seen this week with her mother exploring the Plains of Africa enclosure, which now houses five southern white rhinos including the newcomer.

Njiri has been described as an “amazing” first-time mother by staff.

Southern white rhinos are not officially classed as endangered – after they were hunted to near extinction, conservation efforts have seen numbers rise to around 18,000.

Please log in or register to upvote this article
EnvironmentRhinoWildlife

The Rock is accused of quoting Andrew Tate