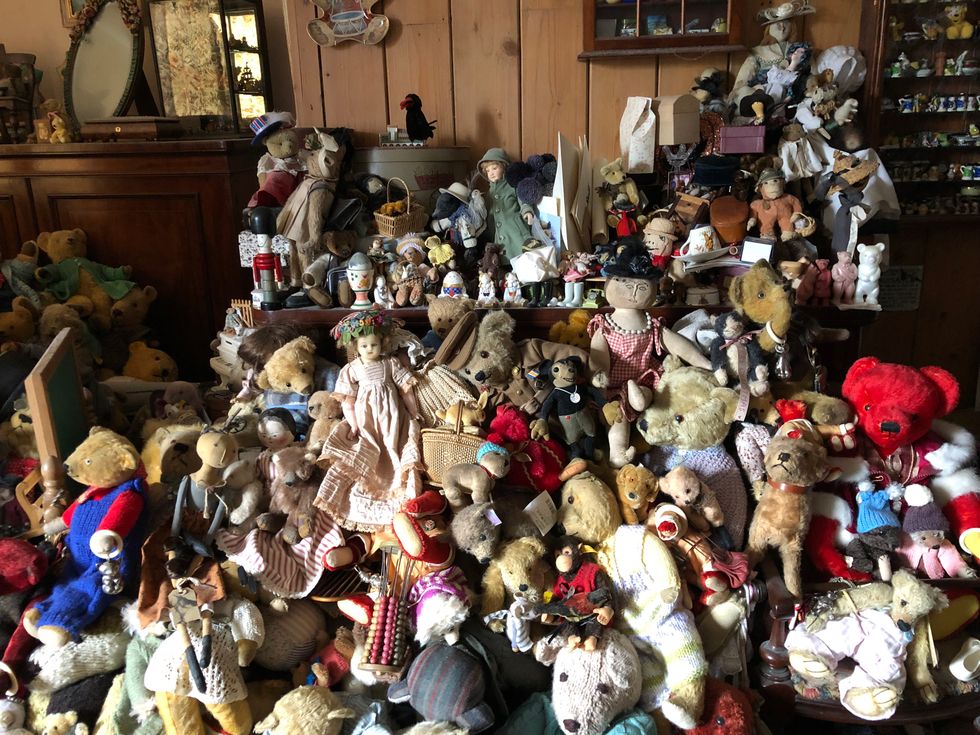 A woman from Wiltshire who amassed a collection of more than 1,500 teddy bears over 58 years will put many of the toys up for auction.

Lynda Fairhurst’s collection is set to go under the hammer on Tuesday as part of the Teddy Bears, Dolls, Dolls’ Houses and Traditional Toys Auction in Newbury, organised by Special Auction Services.

The sales are part of a wider auction which will include a rare ‘Titanic’ teddy bear believed to have been created shortly after the ship’s sinking in 1912 and dolls made by liberated concentration camp workers in 1945.

“Put it like this – I don’t collect rubbish and I’ve never collected rubbish,” Ms Fairhurst, who used to run an antique jewellers, told the PA news agency.

“Some of them are lovely… (but) they were getting out of control.

“I was crawling into bed and I had them either side and you couldn’t move really.”

Ms Fairhurst purchased her first bear as a young child in the 1960s when she visited the Hamley’s store in London and was tempted into buying it by a friend.

While her intention behind auctioning off two thirds of her collection is primarily to make room, there are a few she could not part with.

“There’s one particular (bear maker) I’m absolutely besotted with and I’d never get rid of them,” she said.

“Her name is Marie Robischon… I wouldn’t sell them.”

Never have I seen so many teddy bears in one place, piled high with characters

Ms Fairhurst added that she takes pride in the restoration work she has carried out on many of the teddies.

“I bought one at an auction once and I took it back the following week to show the old chap that sold it to me,” she explained.

Daniel Agnew, the head of dolls and teddy bears at Special Auction Services, said he was “blown away” by Ms Fairhurst’s collection.

“I’ve known Lynda as a collector for a number of years but was blown away when I finally saw her collection,” he said.

The auction will start on Tuesday in Newbury (Deborah Rosenthal)

“Never have I seen so many teddy bears in one place, piled high with characters.

“I am delighted to be including her collection in my 2022 auctions.”

Ms Fairhurst does not plan to attend the auctions but promised there are “some very nice bears” up for grabs.

She has also given away many of the bears’ clothes, chairs and other decorative items to be auctioned.

The collection is so large that the auctioning will be spread out across June, July and August.

Other teddies that are not Ms Fairhurst’s are also expected to do well.

The Steiff black mohair ‘Titanic’ teddy bear is estimated at £5,000-£8,000, among other historically significant toys.

They were made by liberated Polish women from the concentration camp and provided comfort to those who were nursed by British Red Cross nurses and doctors after the Second World War.

Boris Johnson finally reveals what would make him resign

Everything that you need to know about Women's Euro 2022