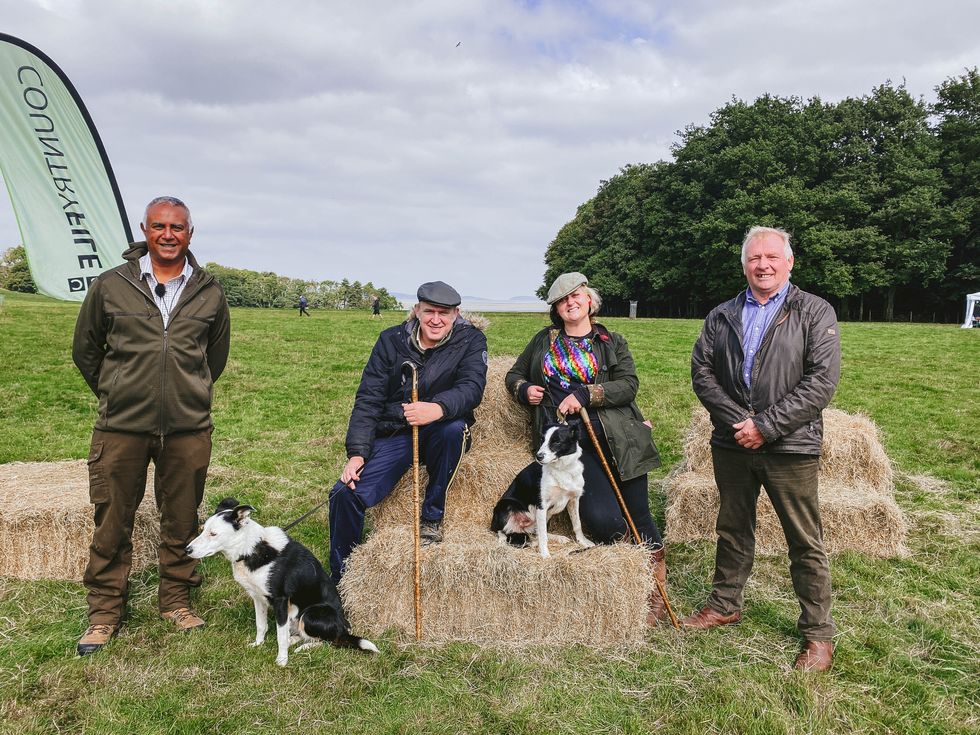 Comedians Tim Vine and Kiri Pritchard-McLean are to put their sheep herding skills to the test for a Red Nose Day special of Countryfile’s One Man and His Dog competition.

The charity special will see the pair head to the Welsh countryside for the beloved annual sheepdog trial where they will go head-to-head to be crowned champion.

In preparation for the challenge the comedians will receive training from two of the UK’s finest sheepdog trialists together with their champion sheepdogs.

During the Red Nose Day Countryfile special, viewers will be taken inside Vine and Pritchard-McLean’s training camps as they set out to master the commands while attempting to navigate a herd of sheep around an obstacle course, all with the help of their new canine companions.

Their training will then be put to the test as they head to North Wales for the trial, which will be aired during the Red Nose Day show on BBC One on March 18.

Vine said: “Sheepdog training is, unbelievably, something I’ve always wanted to do. It’s just so different from anything else I’ve tried, and it’s given me the chance to spend time with such a beautiful and intelligent dog, Mist.

“Being asked to do it all for Red Nose Day, which raises huge amounts of money for such brilliant causes, was the double whammy for me, and it’s something I shall remember as long as I live, even if Mist does forget me quite quickly.”

The winners of the competition will be announced during the Red Nose Day show. (Comic Relief/PA)

Pritchard-McLean added: “I’m Welsh, I’m a farmer’s daughter and I grew up watching Countryfile’s One Man and His Dog, so it’s safe to say there was pressure on my shoulders coming into this competition to do my nation proud.

“Does that give me the edge over Tim? Who knows? Ultimately though, it just feels really special to be doing this for Red Nose Day, which without sounding too overly romantic, has always given me a real sense of pride in people who are coming together with a common goal to raise money for such incredible causes.”

Viewers can watch the comedians’ One Red Nose and Their Dog training on Countryfile on March 6 on BBC One.

The final competition and the winner will be revealed soon after on the Red Nose Day show on March 18 on BBC One from 7pm.