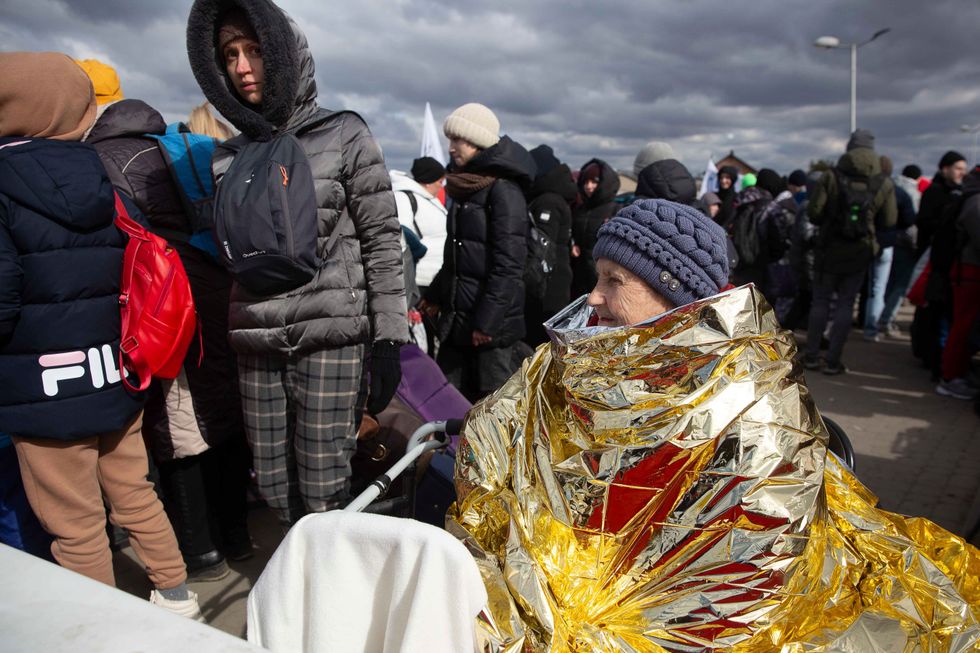 A woman wrapped in thermal blanket fleeing from Ukraine, waits to board a bus at the border crossing in Medyka, Poland (Visar Kryeziu/AP/PA)
AP/Press Association Images - Visar Kryeziu

The Disasters Emergency Committee (DEC) said it had seen a “generous response” to the fundraiser, which was launched last Thursday.

The total is currently at £120 million and includes £25 million matched by the UK Government.

Two million people have fled their homes across Ukraine. Many more are likely to become displaced. What will happ… https://t.co/laj9lGGjBM
— DEC (@DEC) 1646735941

It said the cash donations mean that DEC member charities which are receiving the donations can “scale up” their response to meet people’s urgent needs, but also continue to support them in rebuilding their lives over the months and years to come.

“Every person who has donated, fundraised and helped to spread the word can be proud to be supporting people who have had their lives torn apart by this devastating conflict.”

The DEC, which is made up of 15 leading UK aid charities aiming to raise funds quickly and efficiently at times of crisis overseas, said “generous donations” have been made by the Queen, the Prince of Wales and the Duke of Cambridge among others.

According to the United Nations High Commissioner for Refugees (UNHCR), more than two million Ukrainians have fled to nearby European countries following Russia’s invasion into the nation on February 24, prompting a war.

Poland has seen the bulk number of refugees cross its border, with around 1.2 million arrivals.

Woman disgusted after finding two beetles in her Sainsbury's sandwich

Please log in or register to upvote this article
UNHCR