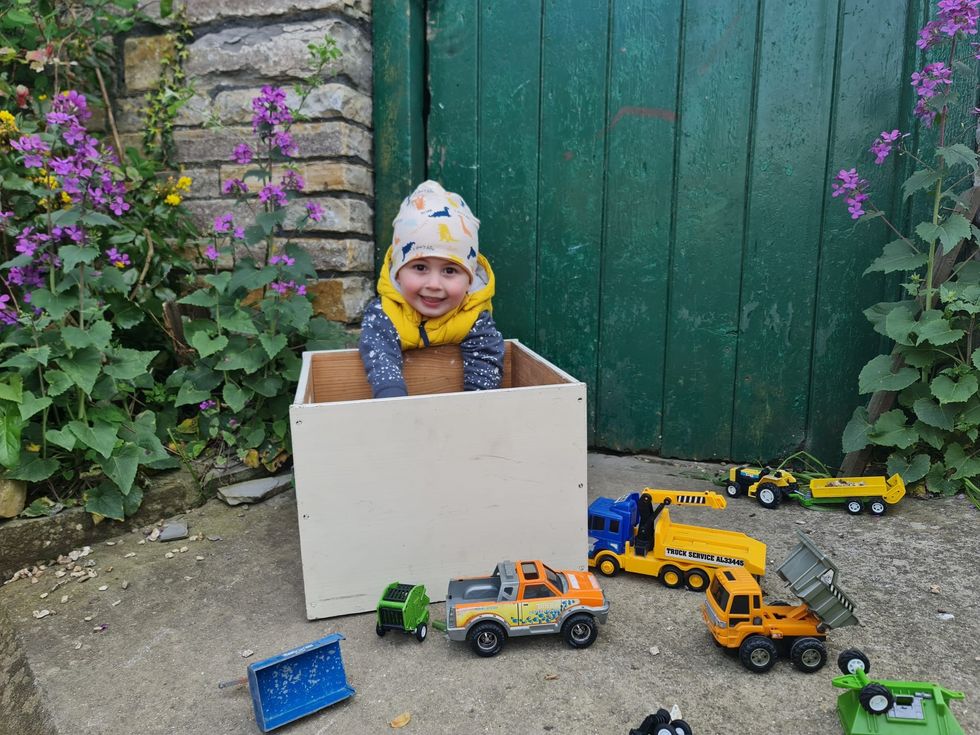 A Ukrainian family and their British host are celebrating Easter with traditional cakes and countryside bike rides after a four-week wait for their visas.

Steve Dury, a local government officer from Langport, Somerset, collected a family of five from Bristol airport on Tuesday after a month of waiting for the visa of three-year-old Egor Svichkar.

“It’s really, really nice to be exposed to Ukrainian culture, Ukrainian food and have interesting conversations with them,” Mr Dury, 59, told the PA news agency.

The family arrived in England on Tuesday (Liudmyla Tarasenko/PA)

“They have a traditional family recipe that’s been passed down by their grandparents, a Napolyeon tort, a flaky, buttery puff pastry between sweet vanilla custard.

“So this afternoon, (Liudmyla) has promised to come and make this lovely cake as an Easter treat for us all. They’re happy to be able to join in and do something to mark it.”

Mr Dury was only able to accommodate the two mothers and three children from Kharkiv when his “desperate plea” led the Home Secretary’s office to intervene and approve Egor’s visa.

He wrote to Priti Patel’s office on Sunday April 10 and received a reply the next day: “Please pass on our apologies to the family for the delays in processing Egor’s visa application.”

“Egor’s visa was processed by caseworkers in Sheffield over the weekend and an instruction has now been sent to Warsaw to print the visa.”

The family were in Somerset by Tuesday evening.

Their Easter plans also include a bicycle ride in the countryside thanks to an offer from a local bike shop.

“We bumped into somebody who owns a bicycle shop in Langport and they said, ‘Our Easter gift to you will be free hire of bicycles for a day from the shop’,” Mr Dury said.

“So either this afternoon or tomorrow, we will spend a day just riding out on the bicycles. That’s the generosity of one of the local people here in Langport.”

Mr Dury and other local sponsors hosted a barbecue on Saturday to give refugees staying in the area a chance to meet and speak in Ukrainian.

Mr Dury added that three-year-old Egor has already made a friend in the family dog, Maya.

“He’s got a great sense of humour, he loves to laugh,” he said.

“We’ve got a golden retriever. He absolutely adores the dog, the first thing he asks when he wakes up in the morning – ‘Can I pet Maya?'”