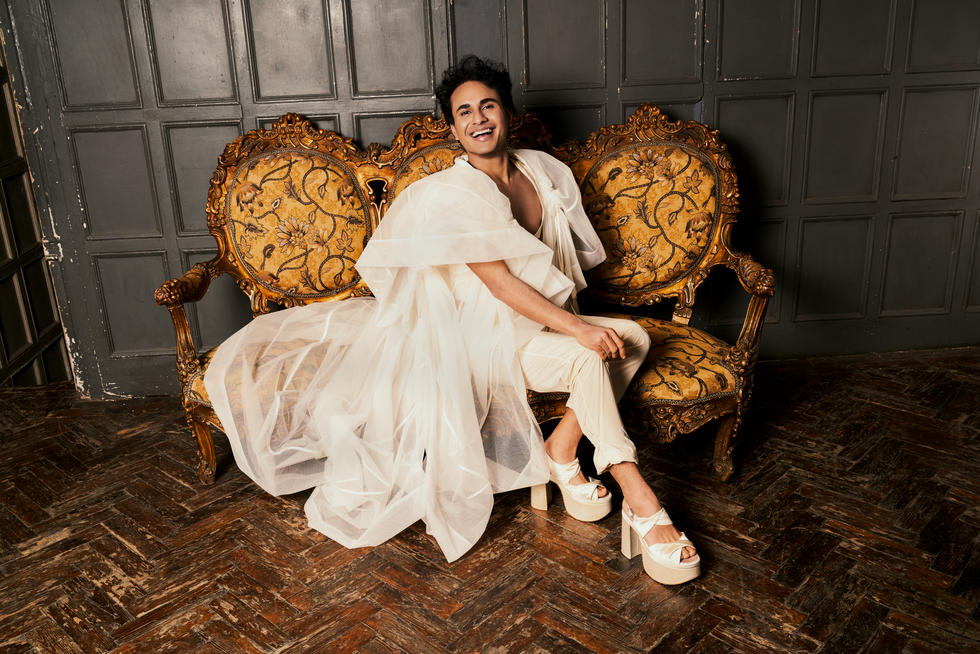 Venezuelan male soprano Samuel Marino, known for his “gender-defying performances”, has signed to Decca Classics and will release an album this year.

The singer, 28, was bullied as a teenager for his high speaking voice and considered surgery to lower his pitch before a specialist doctor told him about the countertenor vocal tradition.

Known for performing wearing a dress and make-up, Marino hopes to spread a positive message about identity through his album.

He said: “Whether someone feels like a man, a woman, non-binary, I want people to make music.

“When I wear a dress and make-up on stage, I do it because I love fashion and it’s a statement.

“I get messages from transgender people who say thank you so much for being on stage like this. This encourages me to continue to make this art that I love so much.”

Announcing his signing, Decca Classics said the performer’s “gender-defying performances have helped him connect, not only to passionate opera lovers, but also with audiences new to the artform and those seeking representation”.

Marino studied singing at the National Conservatory in the Venezuelan capital Caracas before moving to Europe where he worked at Disneyland Paris to fund his costs.

He attended the Conservatoire de Paris before winning a series of opera awards and making his stage debut at the Handel Festival in Halle.

The singer will make his London debut at St Martin-in-the-Fields on April 22.

On his album, titled Sopranista, Marino performs arias written for the male castrato singers dating back to the 1700s, which have largely been sung by female voices in the centuries since castration was banned.

The album opens with the Cherubino aria from Wolfgang Amadeus Mozart’s The Marriage Of Figaro in which a female singer sings the role of a boy.

A number of musicologists have contacted Marino to encourage him to perform and record arias written for male sopranos that have been neglected for centuries.

On the album, Marino sings works written in the 1780s by Joseph Bologne and Domenico Cimarosa in what Decca Classics says is their world recording premieres.

Laura Monks and Tom Lewis, co-presidents of Decca Records, said: “As a teenager and despite the bullies and crushing pressure to conform, Samuel found the strength to stand out.

“As a result, he has travelled the world, charmed the musical world and become an extraordinary, inspiring role model for acceptance and understanding.

“When Samuel sings, he transports you to another world. He is quite literally one of a kind.”

Sopranista is released on May 27 on Decca Classics.