Venus and Jupiter align in treat for skygazers 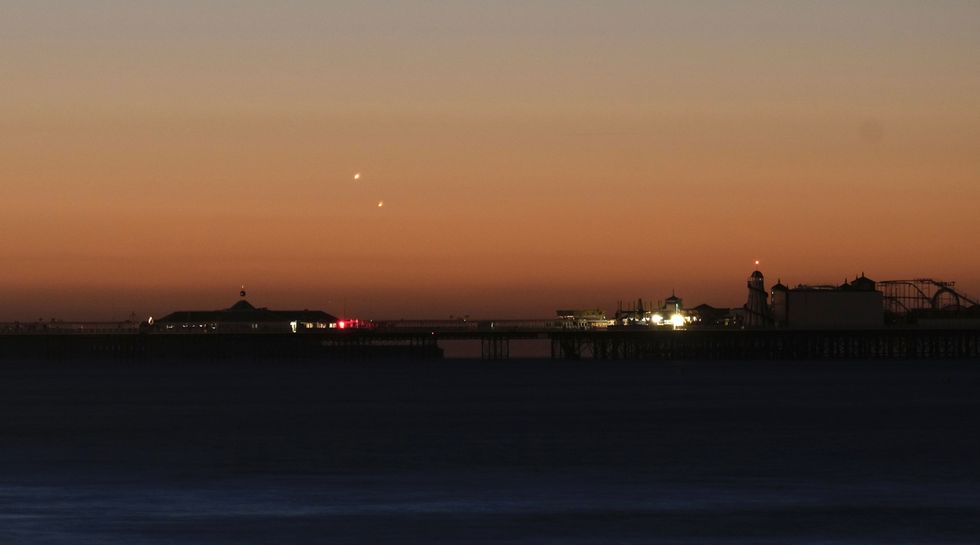 Skygazers are getting the chance to see two bright planets appearing close together despite being millions of kilometres apart.

The cosmic treat shows Venus and Jupiter lined up as they rise above the horizon, and just before the Sun follows after them.

The  peak time to see this planetary conjunction, which happens once every few years, was between around 5am and 6am on Saturday but it can still be spotted on Sunday and in the coming days as the planets slowly move apart.

Despite appearing from Earth to be lined up, the planets will not actually be in that position in space.

Dr Robert Massey, deputy executive director of the Royal Astronomical Society, said: “In this particular case you have Venus and Jupiter (appearing) close together and because they are both bright, that’s a nice sight.”

In this particular case you have Venus and Jupiter (appearing) close together and because they are both bright, that's a nice sight

He said: “It is fun. Is it scientifically important – no not really – but it does provide a nice spectacle.

“I think that the nice thing you can have is that with a single telescope eyepiece you can see the two planets together which is an unusual view.”

A clear eastern horizon  is needed to see the event. Buildings, trees and hills will make it much harder to see as they will appear quite low in the sky.

Viewers in the UK will have a harder time of trying to see it than people further south in southern Europe, Africa, or Australia, as the planets will appear to be a lot higher in the sky before sunrise.

Dr Massey said that in the UK “it will be best to stop looking at sunrise so you are not staring at the sun which is bad for your eyes”.

Then once the sun rises, it will be “virtually impossible” to see the event.

Met Office meteorologist Craig Snell said: “Venus and Jupiter will not be visible in the sky until around sunrise on Sunday morning, so by then most of England and Wales will be cloudy.

“There is a small chance the southeast could still have some cloud breaks, but the better chance will be across northern Scotland.”

Who said it: Julia Fox or Megan Fox?