Vet service to give £7,500 for every mention of The Power Of The Dog at Oscars 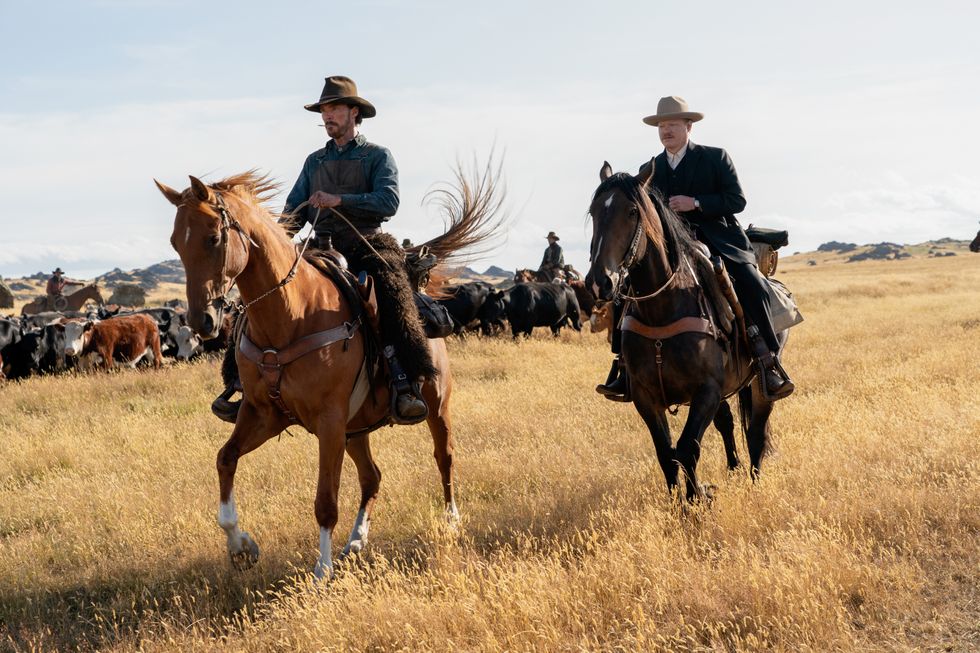 Vet service to give £7,500 for every mention of The Power Of The Dog at Oscars (Netflix/PA)

A US online vet service says it will donate 10,000 dollars (£7,500) to animal rescues every time The Power Of The Dog is verbally mentioned at this year’s Oscars.

Pawp, an app designed to provide round-the-clock support for pet-owners, says it will donate up to 1 million dollars (£758,000) to help its four-legged friends.

The film, which has nothing to do with dogs, stars Benedict Cumberbatch as gritty rancher Phil Burbank, and follows his complicated relationship with a timid young man, played by Kodi Smit-McPhee.

The film, which has nothing to do with dogs, stars Benedict Cumberbatch as gritty rancher Phil Burbank, and Kodi Smit-McPhee (Netflix/PA)

“While Power of the Dog has nothing to do with dogs, Pawp is thrilled that it is the most nominated film, guaranteeing pups in need will be this year’s true winners,” said Marc Atiyeh, chief executive of Pawp.

The app provides 24/7 access to licensed vets in cases of pet emergencies or for everyday questions about animal health or behaviour, and is available on iOS.

The Oscars is due to take place on Sunday March 27 from 1am UK time.

This new Netflix documentary already has 100% rating on Rotten Tomatoes

Please log in or register to upvote this article
Benedict CumberbatchNetflix