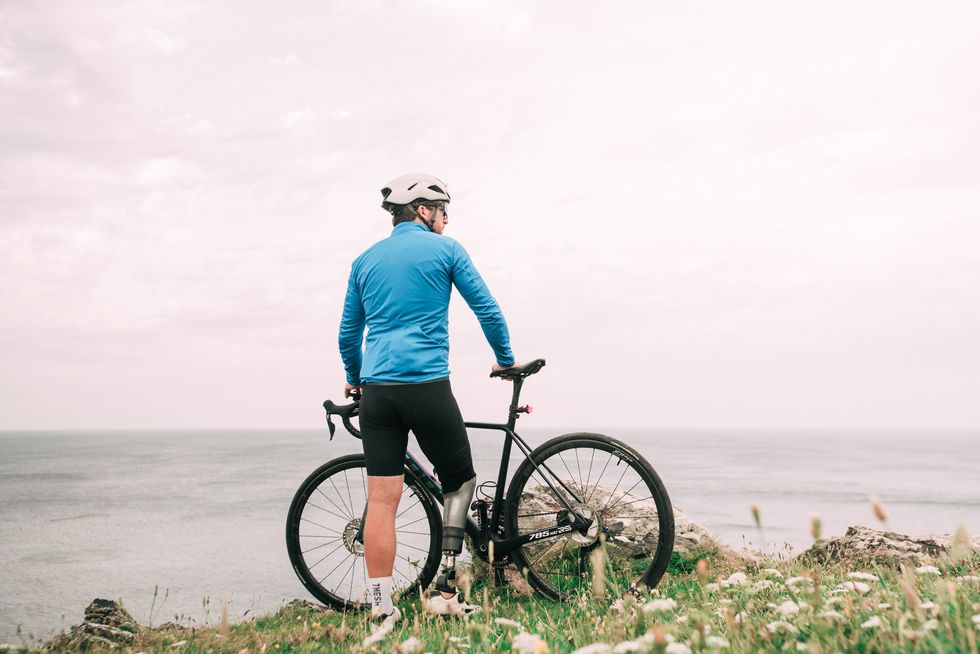 A veteran amputee is to embark on a 2,000km cycle, covering the length of the UK, to raise money for charity.

Stuart Croxford, from Cornwall, had his right leg amputated after he was injured in an explosion in Afghanistan in 2014.

In May, Mr Croxford will cycle up to 20 hours per day to complete the route from Land’s End to John o’ Groats, which includes 30,700 metres of climbing.

Stuart Croxford, from Cornwall, had his right leg amputated after he injured in an explosion in Afghanistan in 2014 (Stuart Croxford/PA)

“Riding for this distance and duration with little rest would push an able-bodied rider to their extreme both physically and mentally,” Mr Croxford said.

“As an amputee this will add extra stress and factors I will need to think about and overcome daily.

“I’ve never put this amount of stress through my residual limb and prosthetic so will be riding into the unknown.”

The army veteran hopes his cycle will raise £50,000 and awareness for the charity Blesma, which will celebrate 90 years of supporting limbless and injured servicemen and women this year.

After joining the British Army in 2007, Mr Croxford served with the Duke of Lancaster’s Regiment for six years where he was deployed on three operational tours in both Iraq and Afghanistan.

In 2012, he suffered severe injuries to his feet when his vehicle hit an improvised explosive device (IED) in Afghanistan, and a subsequent accident in 2014 resulted in his right leg being amputated below the knee.

Despite his life-changing amputation, Mr Croxford set his sights on qualifying as a ski instructor and achieved it just four months after his operation.

He went on to complete a full Ironman Triathlon in Majorca in 2016, run the London Marathon and complete numerous 100-mile cycling challenges.

This new challenge, beginning on May 7, will see Mr Croxford cycle through 21 counties of England, Wales and Scotland.

Mr Croxford has been a trustee of Blesma since 2020 and the charity supports 3,000 members including limbless and injured veterans and their widows by providing emotional, practical and financial support.

“To complete this challenge I’ll have to rely hugely on my own resilience to pull myself through some very challenging times,” Mr Croxford said.

“This will be made that little bit easier knowing that we’ll be raising money for a fantastic charity that is there to provide lifetime support to Veterans and their families suffering from loss of limb or sight loss.”

To find out more about Mr Croxford’s cycle and donate, visit: www.justgiving.com/fundraising/stuartcroxford

Please log in or register to upvote this article
AfghanistanBritish ArmyCornwallIraqUK