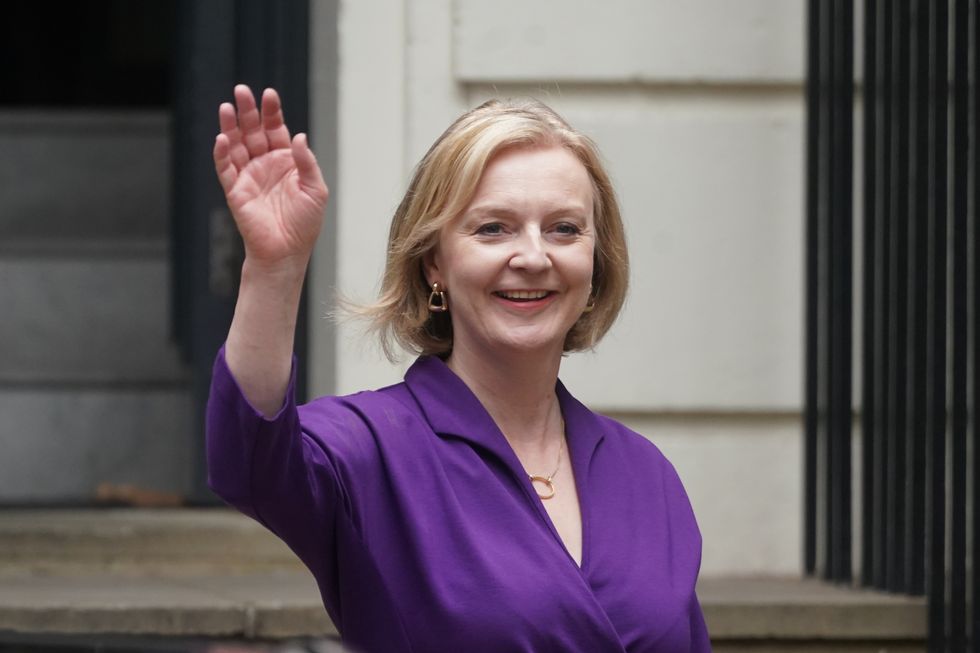 A member of the public has been inundated with messages from world leaders and UK politicians intended for new Prime Minister Liz Truss, with whom she shares a similar name (PA)
PA Wire/PA Images - Victoria Jones

A member of the public has been inundated with messages from world leaders and UK politicians intended for new Prime Minister Liz Truss, with whom she shares a similar name.

A Twitter account appearing to belong to a woman named Liz Trussell, who has the handle @LizTruss, has been mistakenly sent congratulatory messages from VIPs, including Sweden’s Prime Minister.

Ms Truss, who tweets under the verified account @TrussLiz, has succeeded Boris Johnson to become Britain’s new Prime Minister after being invited to form a new government by the Queen at Balmoral on Tuesday.

However, a screenshot of the tweet – and Ms Trussell’s reply – quickly went viral.

“Congratulations to @LizTruss, who will assume the role of Prime Minister of the UK. Sweden and UK will continue our deep and extensive cooperation. Important for our citizens, economies and security,” Ms Andersson wrote.

Ms Trussell replied: “Looking forward to a visit soon! Get the meatballs ready.”

Ms Andersson was not the only one to be confused, with Ms Trussell’s account inundated with messages of support and criticism.

She wrote: “@LizTruss still doesn’t get it – Boris Johnson did not get Brexit done, his myriad mistakes over Covid cost countless lives, & he leaves having disgraced his office.

“Meanwhile, she’s campaigned as a right wing ideologue and will govern as such – which is a disaster for all of us.”

She later realised her mistake and said sorry to Ms Trussell.

Apologies, my previous tweet about #ToryLeadership should have been directed to @TrussLiz - not Liz Trussell who tw… https://t.co/Lb1l91d9E3
— Caroline Lucas (@Caroline Lucas) 1662380247

Ms Lucas wrote: “Apologies, my previous tweet about #ToryLeadership should have been directed to Liz Truss (@TrussLiz) – not Liz Trussell who tweets at @LizTruss – (though) frankly she’d probably make a better job of it.”

Ms Trussell responded with an emoji of two Champaign glasses clinking together and wrote: “I’m in! Vegas for everybody!!!”

Despite the confusion, Ms Trussell responded to the many messages by sending light-hearted replies and joking that she was the one preparing to meet the Queen on Tuesday.

In one tweet she wrote: “Just getting ready to head up to Balmoral! Looking forward to meeting the corgis” and in another she tagged the royal family to let them know “I’m available tomorrow”.

In another Twitter exchange, one user criticised the newly appointed PM and accused her of demonstrating a “total absence of class” by allegedly “blanking” her leadership rival and former chancellor Rishi Sunak during the announcement of her win on Monday.

However, the account mistakenly tagged Ms Trussell in the Tweet, leading her to jokingly reply: “Sorry I was in Nando’s”.

Ms Trussell’s account, which appears to have been made in 2009, last tweeted in 2018 to announce she had booked a holiday to Vegas in the US.

The account appears to have been revisited following the announcement that Ms Truss had become new leader of the Conservative party.

This was not the first time Ms Trussell has been mistaken for the Tory MP, as a Tweet dated back to 2013 reads: “Would like it to be known that I’m not and never will (be) a politician!!!!!”

Ms Truss’s team swiftly updated her verified Twitter profile to mark her new role, with the description reading: “Prime Minister of the United Kingdom of Great Britain and Northern Ireland. Leader of the Conservative Party. MP for South West Norfolk.”