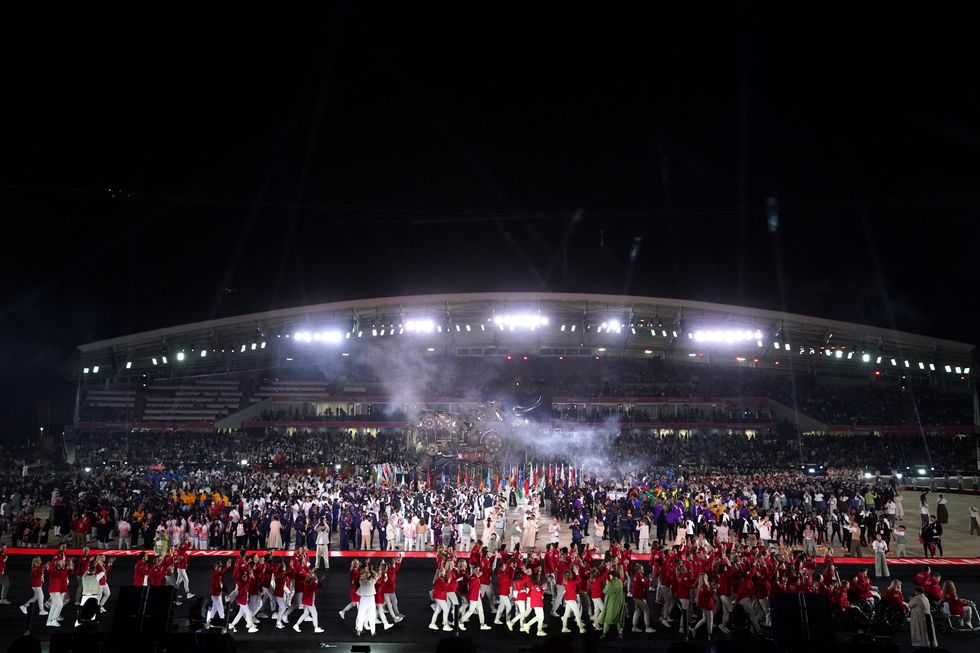 The England women’s hockey team have said they had “goosebumps” watching the Lionesses on a “big screen in the village” as they prepare for their first match in the Commonwealth Games.

England women’s hockey team are set to play Ghana on Saturday for their first match at the Games.

Hollie Pearne-Webb, the team’s captain, said that she hopes the Lionesses’ stellar performance in the Women’s Euro will “inspire” them to “replicate some of their success”.

“We watched the Lionesses as a group through the night outside on the big screen in the village and it gave us all goosebumps watching them,” she told the PA news agency.

“They’re definitely inspiring us to replicate some of their success and achieve something special here ourselves.”

Pearne-Webb has been playing hockey since she was eight and recalled paying £1 to play mini-hockey for half an hour when she was growing up.

“From the moment I picked up a stick, I absolutely loved it and it became my favourite sport, even though I played everything,” she said.

“As a young girl myself, it was my parents who didn’t let me see any barriers… so I played in the boys cricket team, I played hockey with boys and I played football with boys.

Hockey is a a sport that anyone - no matter your height, no matter how quick you are - you can play it, everyone can fit in

“I think it’s incredibly important just having equal opportunities because it’s incredible what the power of role models out there can do.

“Hockey is a a sport that anyone – no matter your height, no matter how quick you are – you can play it, everyone can fit in.”

The hockey star who was part of the gold medal winning Rio 2016 team said that the Commonwealth Games has “always been my favourite in terms of enjoyment” and she has enjoyed being a role model to new team members.

“There’s a lot of youngsters now that are joining the team and make me feel very old when they say that Rio kind of inspired them and they’ve watched us and looked up to us for a number of years,” she said.

“And I find that crazy because that’s exactly how I felt when I entered the squad.

Maddie Hinch, the team’s goalkeeper, who was also part of the “fairytale” Rio Games, said that this year’s Commonwealth Games is “a super special one” as it will be her last.

“I always see it as a gold medal we don’t have yet. We’ve got a silver and a bronze. So for me personally, this is extra special in the fact that it’s come home. What a potential opportunity we have,” she added.

She added that the Lionesses have done an “incredible job of inspiring the nation to get behind them and almost feel part of their team”.

I hope we can put on some great performances that inspire even just one person to go and pick up a hockey stick.

“That’s something we also want to do from a hockey perspective. We want people to almost envy not being in our team and almost inspire them to do what we do,” she said.

“It’s great at the minute that we’ve got so much women’s sport in the limelight and the Commonwealth Games gives us that platform yet again to showcase what we love.

“I hope we can put on some great performances that inspire even just one person to go and pick up a hockey stick.”

England Hockey are in the process of delivering several initiatives across the West Midlands to encourage more participation, including a free and inclusive grassroots disability hockey programme called Flyerz and a partnership with The Muslim Sports Foundation in Birmingham to give girls from Muslim backgrounds new opportunities to try hockey.

Please log in or register to upvote this article
Commonwealth GamesHockeyLionessesSportWomen