Football charity ‘buzzing’ after getting tickets to see Lionesses 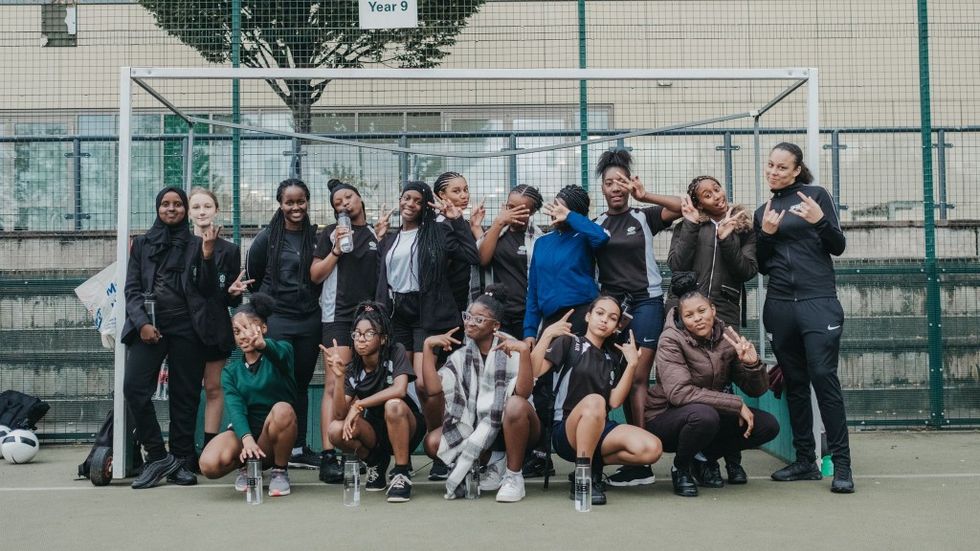 A football charity has said it is “buzzing” after securing tickets to the England vs Sweden semi-final of Euro 2022 for a group of aspiring female football players.

Football Beyond Borders – a social inclusion charity which uses football to empower young people – is hosting 40 girls from south London and Lancashire as part of a residential and wanted the girls to watch the “electric” moment from the stands.

On Friday night, the charity put out a call for tickets on its social media accounts and by Monday, its target was reached, with 44 tickets secured for the girls and staff.

“They’re girls from south London and rural Lancashire. There’s no way they would get to Sheffield without this residential and so we thought, we just have to get these tickets,” Ceylon Andi Hickman, 26, head of brand at the charity, told the PA news agency.

The atmosphere and hype that has been built around this team - having this success at this Euros - is really palpable in the stadiums... and part of why I'm so passionate about getting the girls there

“The atmosphere and hype that has been built around this team – having this success at this Euros – is really palpable in the stadiums… and part of why I’m so passionate about getting the girls there is that they need to feel that first-hand, but also for that to be their norm as a 15-year-old to go to a first Lionesses game and for it be so electric.”

Ms Hickman said the charity first turned to its social media accounts and partners to see if anyone had any tickets and Nike offered around 30.

“We were absolutely buzzing. Loads of people came out on Twitter and said if you can still buy tickets, we’ll cover the cost of them, we’ll donate the money,” Ms Hickman added.

On Monday, Uefa released tickets as part of its last resale, and Ms Hickman added: “Everyone got the Uefa login downloaded and we had about six or seven people trying on their phones on the journey to try and get tickets.”

After a few close shaves with people trying and failing to add tickets to the checkout basket, the team resorted to reaching out to its partners, with Just Eat providing 10 tickets which tipped them over the target.

“We were trying to keep it a surprise and not tell the girls because we didn’t want to disappoint them because we hate not coming through on our promises,” Ms Hickman added.

“Before we told them, we had to be absolutely certain and it was quite funny because we made the decision saying we won’t tell them all now because we hadn’t confirmed the transport and then accidentally, (another team member) told them.”

The charity has recently reached its £600 fundraising target for a coach to the event, with any extra funds raised going towards supporting its girls’ programmes: https://www.justgiving.com/campaign/getourgirlstothesemifinal?invite=true

The semi-final between England and Sweden will take place on July 26 at 8pm.

Please log in or register to upvote this article
charityEuro 2022football