In Pictures: Fans fly the flag for Lionesses ahead of Euro 2022 final 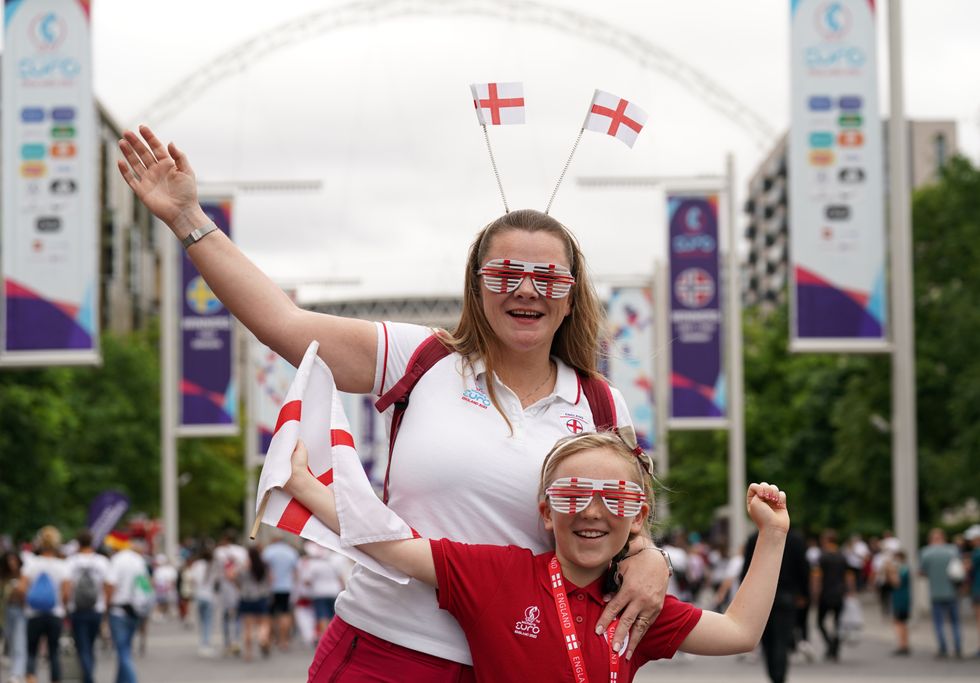 Football fans decorated in red and white converged on Wembley Way in London ahead of England’s Euro 2022 final against old foes Germany.

Around 90,000 people are at London’s Wembley Stadium for the match that could see the Lionesses land their first major trophy in women’s football.

Thousands of other supporters are cheering on the team across the country, including at the Trafalgar Square fan zone.

It was a real family event, with the tournament credited with getting more girls interested in playing football (James Manning/PA)PA Wire/PA Images - James Manning

Meanwhile, the atmosphere was building at the fanzone at Trafalgar Square in central London.

Face-painting meant many England fans were showing their true colours for the big game.

Please log in or register to upvote this article
Lionesses