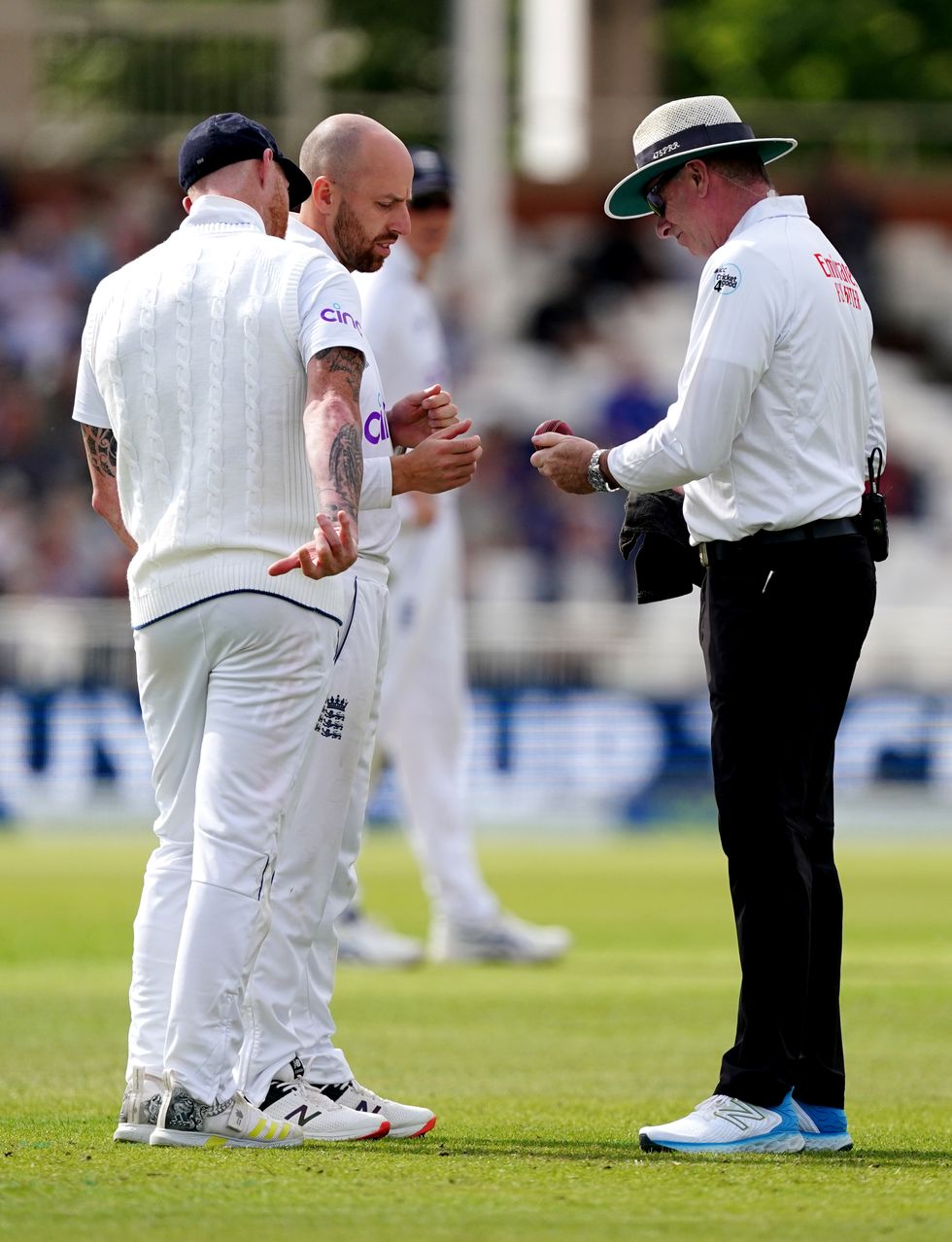 The umpire dries the ball off watched by England’s Jack Leach and Ben Stokes after the ball landed in a pint of beer during day one of the Second LV= Insurance Test Series at Trent Bridge, Nottingham. Picture date: Friday June 10, 2022.
PA Wire/PA Images - Mike Egerton

New Zealand batter Daryl Mitchell may be getting an invoice for the cost of one drink after hammering a six directly into a spectator’s cup at Trent Bridge.

The Black Caps were 210 for four having been put in to bat by England, when Jack Leach stepped up to bowl the 56th over.

The spinner’s third ball was brutally dispatched by Mitchell, sailing over the boundary rope and into an unsuspecting fan’s drink, sending liquid everywhere.

“What does the local beer do to the Dukes ball, do we know?” said commentator and former England captain Nasser Hussain on Sky Sports Cricket.

“(I was) just going to say, a bit of Lincolnshire Poacher on one side of it…” replied Michael Atherton.

England bowler Matthew Potts relayed the incident to his team-mates, miming the ball going into the cup with his hand.

“Leach bowling pies and Mitchell serving up the beers,” wrote one Twitter user.

The visitors closed on 318 for four at the end of day one, Mitchell and Tom Blundell’s unbroken partnership of 149 giving England much to ponder overnight.

Robinsons have stopped sponsoring Wimbledon and the jokes are too easy

Please log in or register to upvote this article
cricketDrinkEngland