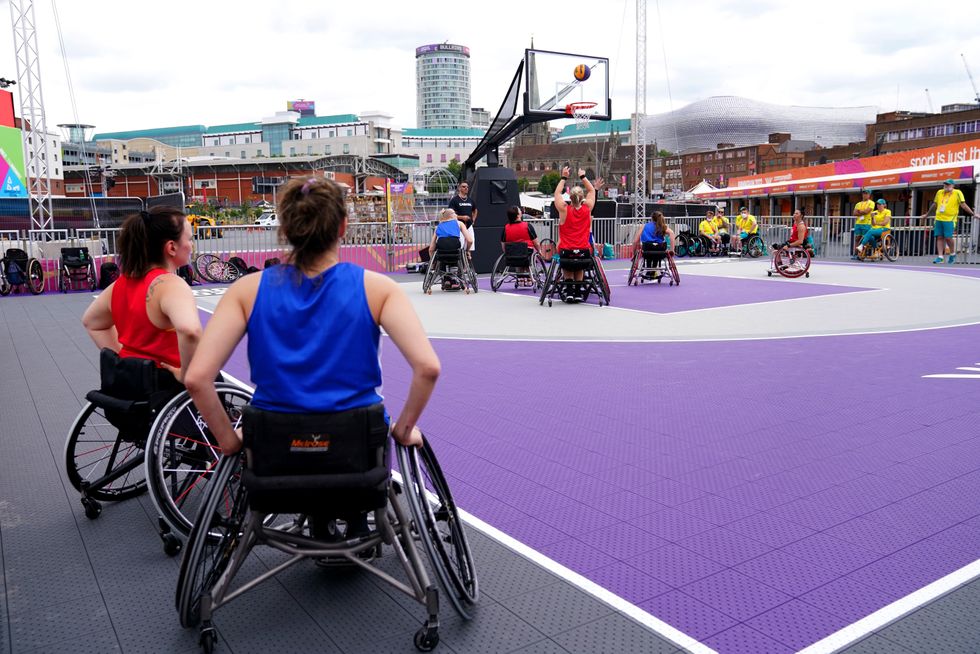 The 2022 Games, held from July 28 to August 8, will include eight Para sports such as Para athletics, Para lawn bowls and wheelchair basketball 3×3.

Peacock, who won T44 100m gold medals at the Paralympic Games in 2012 and 2016, said he was a “massive fan” of the Commonwealth Games because of its inclusivity.

He told the PA news agency: “I’m a massive fan of the Commonwealth Games purely because of the fact they are the only multi-sport championships that include Paralympic events and includes them at every equality level.

“Those medals put the team up the table just like able-bodied medals. The Para guys are truly members of the team which is awesome.

“I remember, I think it was Delhi (2010) – the first inclusion of Para sport that I remember – and I got to see some of my teammates on the team and it was just really cool.

“You never thought growing up that you’d see something like that and it’s another important step I think for equality.”

Peacock, 29, will not be competing in Birmingham as his event is not one of those included in the schedule.

However, he said he “never got angry” about it as it opens up opportunities for others.

“It’s just almost a lottery in itself! You’ve got to remember there are so many Paralympic events… so I think they try and move (them) around,” he said.

“The only thing I would say on that is they have stuck around the same (sports) a few times, so it would be nice to see a bit more of a recycle, to keep opening it up to give all people opportunities.

“But that’s something I’ve never got angry about, having my event in it, because if it’s not me at least someone else is getting an opportunity.”

The Paralympic champion was speaking from the National Lottery funded CAFLO project in Birmingham, a community project which aims to improve lives through sport.

The project, which has received £161,000 of National Lottery funding, will run a mini tournament every weekend as well as on the opening day of the Games.

“When you’re young and you come into sport you kind of don’t realise who’s supporting it, where it’s all almost been created from,” said Peacock.

“(The National Lottery) supports so much grassroots sport, and they give so many people the opportunity to participate. I think that’s something you kind of forget about sometimes if you’ve had that opportunity.

“Places like this are so important to keep going to allow as many people as possible the opportunity to do whatever they want.”

National Lottery players raise more than £30million a week for causes including funding for a variety of sports, from grassroots to elite.

To find out more, visit www.lotterygoodcauses.org.uk.