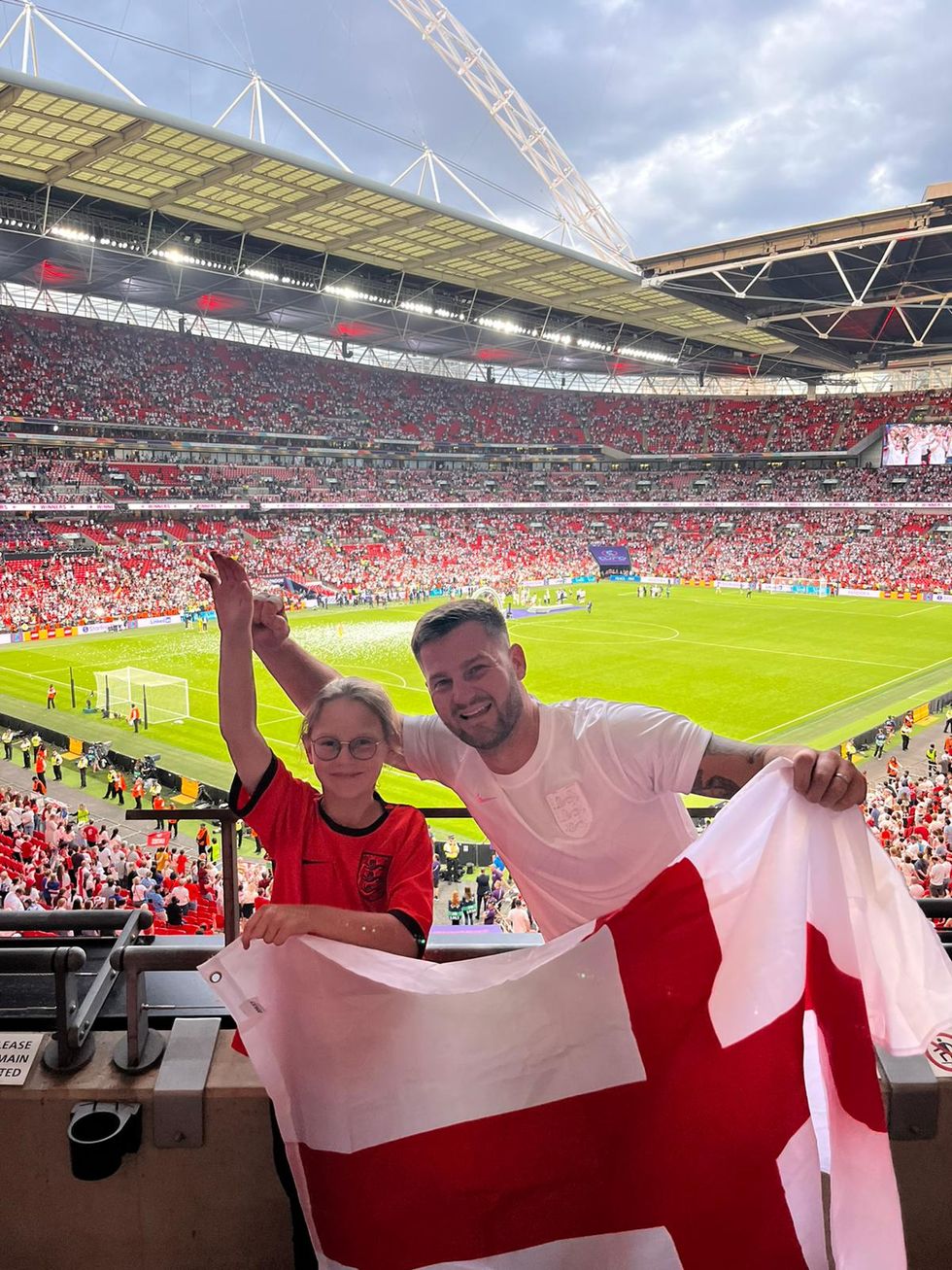 An eight-year-old football fan gifted a ticket for the European Championship Final was ‘amazed’ at the size of Wembley, her father said (Matt Jackson/PA)

An eight-year-old football fan gifted a ticket for the European Championship Final was “amazed” at the size of Wembley, her father said.

A keen goalkeeper for her local team, Evie Jackson, and her father, Matt, 30, capped their tournament experience of trips to Leeds United’s Elland Road and St George’s Park by witnessing England’s famous victory over Germany on Sunday.

“Why’s it so big?” Evie asked her father after walking into the stadium.

Mr Jackson had appealed on Twitter to find tickets for the final and said he had nearly given up hope when a stranger contacted him to offer two tickets free of charge.

“I feel really lucky and I didn’t know what was happening because I thought it was going to be fake,” Evie, who lives with her father in Leigh, near Manchester, told the PA news agency ahead of the final.

“I was so excited when I heard that we got the tickets, I was crying because I thought that we wouldn’t have been able to go.

“It also inspires a lot of young girls that might want to play football but might not feel confident, now they have a chance.”

Evie Jackson and her father, Matt, are both big football fans (Matt Jackson/PA)

He told PA on Sunday: “Evie was amazed at the size of Wembley.

“(The Euro final) was not just a day that’s made history, but a day that I think will change the landscape of women’s sport.”

Evie was confident ahead of the match that the Lionesses would emerge victorious and successfully predicted the scoreline: “2-1 to England,” she said.

One of Evie’s favourite players, Ella Toone, who used to play for Evie’s team when she was a young girl, even scored the opener in the 62nd minute.

“(For her) to come on and score a wonder goal, you couldn’t write it. A day we’ll never forget,” Mr Jackson tweeted.

Please log in or register to upvote this article
EnglandEurosLionessesUplifting