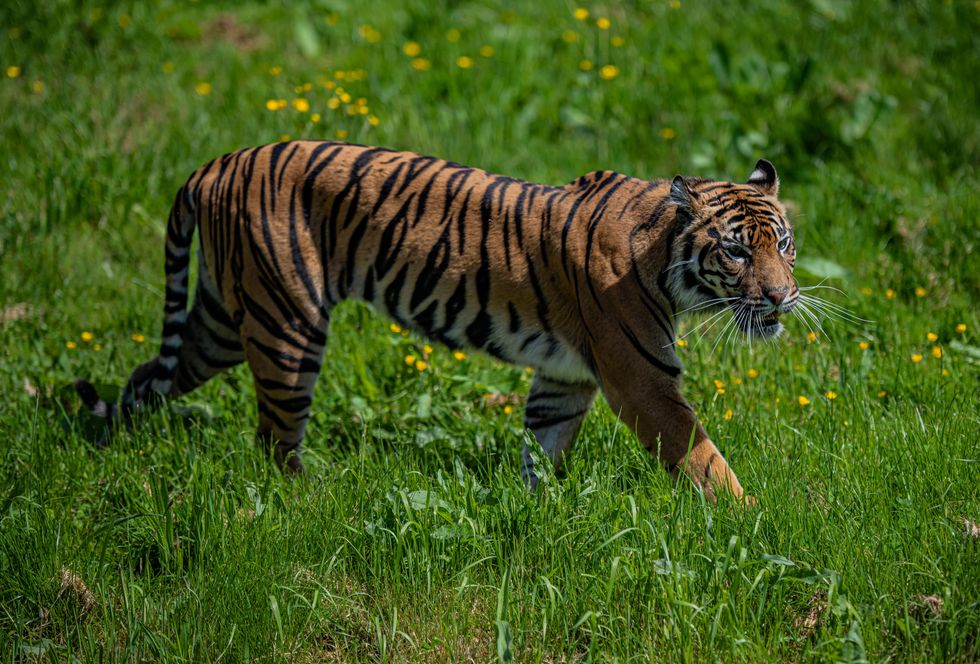 First pictures of the three-year-old tiger were released as Dash was recruited from Fota Wildlife Park in Ireland to help protect his critically endangered species.

He has been identified as a genetically compatible mate for the zoo’s resident female, Kasarna, as conservationists hold out hope for the emergence of some cubs.

“Dash is a handsome, confident young tiger and he’s quickly settled into his new surroundings,” director of animals and plants at Chester Zoo Mike Jordan said.

“He’s been carefully matched with female tiger Kasarna, based on his age, character and his genetics, and we’re hopeful that they’ll soon strike up a close bond and, one day, go on to have cubs.

“Every single cub could be critical to its future.”

Sumatran tigers have webbed paws which make them talented swimmers and also have stripes closer together than other types of tiger.