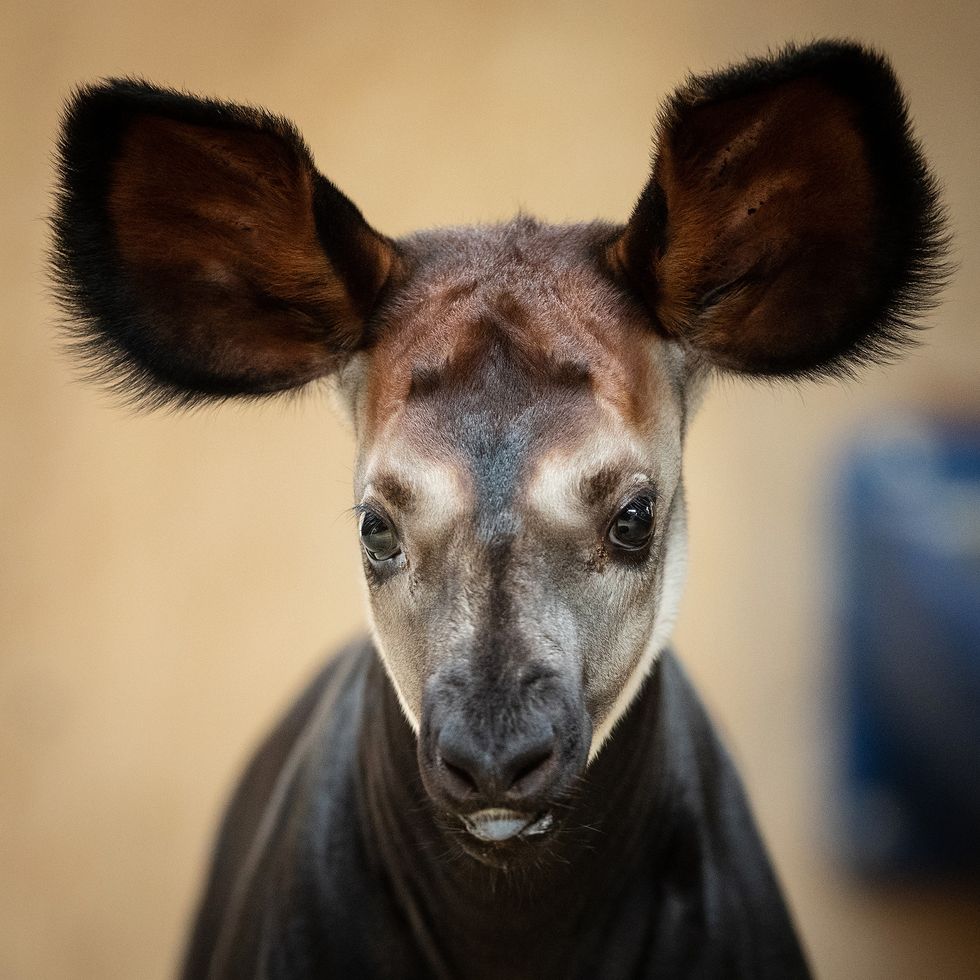 Dublin Zoo is celebrating the arrival of a male okapi calf, the second okapi to be born in Ireland (Dublin Zoo/PA)

Dublin Zoo has announced the arrival of an endangered male okapi calf.

The male calf was born on July 7 to parents Lumara, seven, and Kitabu, 14.

Able to stand 20 minutes after being born and suckle within hours, the zoo said the calf is in excellent health and has been growing steadily in the past month.

He is the second okapi to be born in Ireland.

The okapi is listed as endangered due to habitat loss, hunting, deforestation and civil unrest (Dublin Zoo/PA)

The first, a female named Dalia also born at Dublin Zoo to Lumara and Kitabu, arrived in October 2019.

Lumara has once again been showing excellent maternal instincts, the zoo said, while Kitabu has also been displaying great interest in the newborn’s development.

Helen Clarke, the attraction’s team leader, said: “We are absolutely delighted to welcome this okapi calf to Dublin Zoo.

“The species is listed as endangered so every birth is extremely important.

“The infant is nesting at the moment, as is typical for okapi calves, but will soon emerge to accompany his mother into their outdoor habitat.

“The baby is doing very well, and visitors to the zoo walking through the African Plains may be lucky enough to get a glimpse of the new arrival in the coming days.”

Okapis are a large, hoofed animal related to the giraffe.

They have a red-brown velvety coat with distinctive black and white stripes on their back legs.

Like giraffes, okapis have long, dark tongues. They are herbivores and eat leaves, shoots, fruit and fungi.

They also eat clay and charcoal from burnt trees to help neutralise toxins in plants and to gain minerals.

Infant okapis spend most of their time in their nest and hide under the protection of their mother for their first two months.

The okapi is listed as endangered by the International Union for Conservation of Nature Red list due to habitat loss, hunting, deforestation and civil unrest.

Their natural habitat is the dense forests of the Democratic Republic of Congo in Africa.

Dublin Zoo is holding a competition to name the new calf, with the winner selected by Dublin Zoo keepers to win a family day pass.

Names must be of African origin.

Members of the public can enter at dublinzoo.ie/competition, and the lucky winner will be announced on Dublin Zoo’s social media channels when the competition closes on September 9.