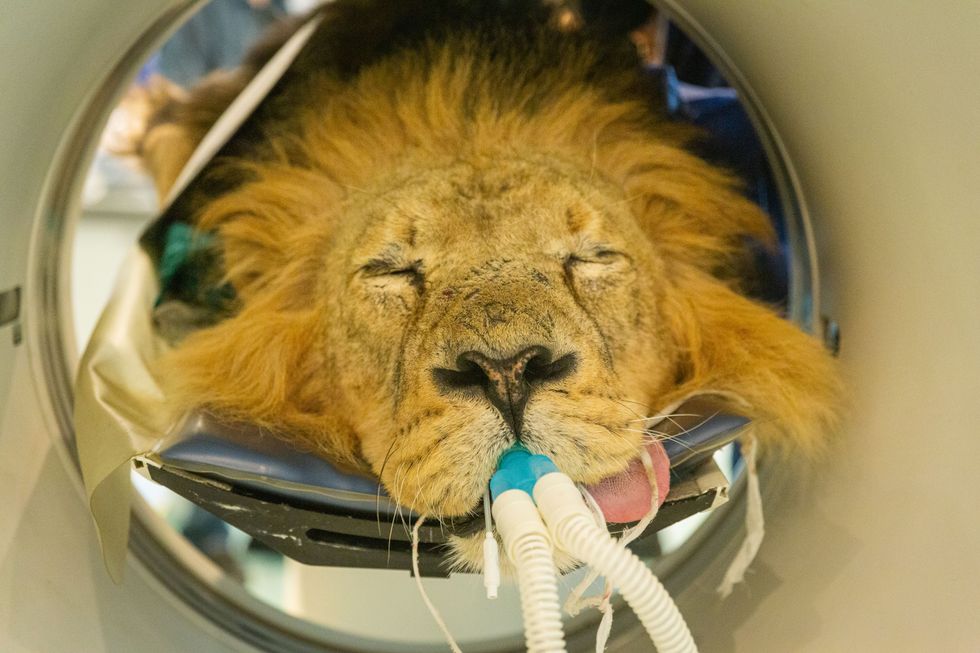 An endangered lion which has suffered from persistent earache looks set to roar back into action following a CAT scan at London Zoo.

Twelve-year-old Asiatic lion Bhanu has had frequent problems with his left ear canal and attempts to resolve the issue, including specialist ear examinations and cleaning, have failed.

Hope is on the horizon, however, as vets from London Zoo have formulated a treatment plan after hiring a CAT scanner for the first time to “find out what was causing the problem and urgently rule out any worst-case scenarios”.

Taina Strike, the zoo’s senior veterinary officer, said: “We wanted to devise the best long-term treatment plan for Bhanu, but we first had to find out what was causing the problem and urgently rule out any worst-case scenarios, such as a tumour or a deep-seated infection, which would show up on a CAT scan immediately.

“Bhanu is an important member of the European-wide breeding programme for endangered Asiatic lions and deserves the very best care, so we arranged the full VIP treatment, bringing a CAT scanner to a big cat for the first time, so we could see deeper into his ear without him needing to travel.”

Australian diagnostic imaging specialist David Reese was present via video-link and quickly identified the problem – Bhanu has a narrow left ear canal, which is more prone to blockages and infections.

The team have now created a long-term treatment plan for his care, in which he will receive oral medication to reduce inflammation in his ear canal and anti-fungals to deal with infection.

The 28-stone (180kg) lion was anaesthetised before being lifted on to the scanner by six team members.

Please log in or register to upvote this article
AnimalsLondon Zoo