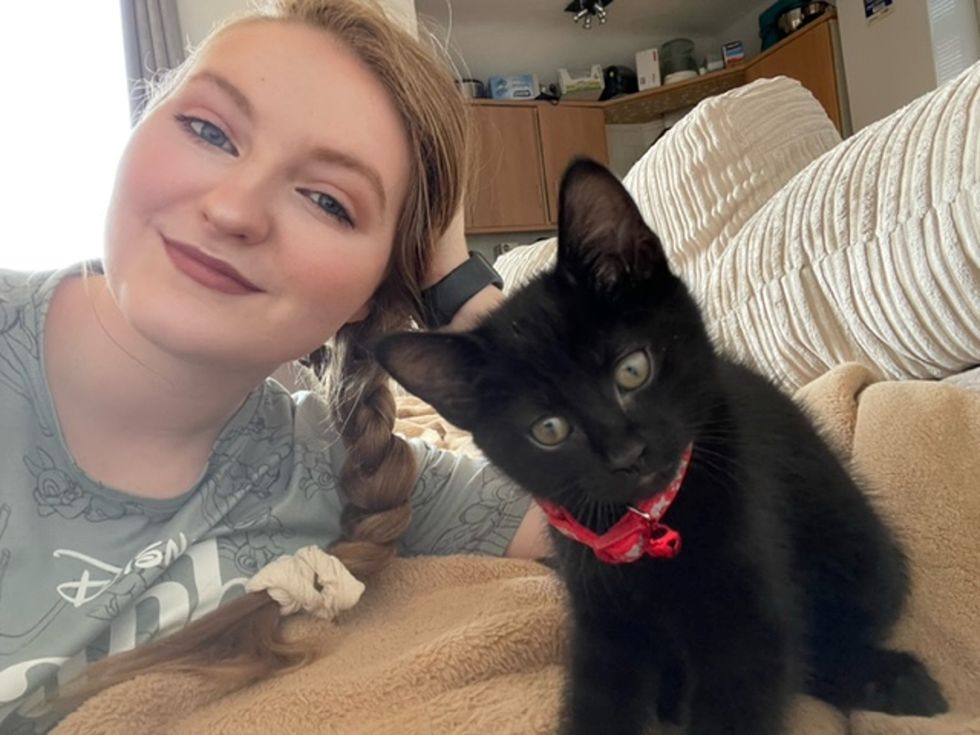 An animal lover had to call the fire brigade to rescue her kitten after he got trapped in her bathroom just six hours after she got him.

Carer Danielle Douglas, 22, was still preparing her home for the eight-week-old black cat when he vanished.

She said: “One minute I was watching him curled up asleep on the floor, the next moment he’d disappeared in to thin air.”

Danielle searched her flat in North Shields, North Tyneside, leaving treats and catnip to entice the kitten out.

Only when she started to play sounds of a mother cat purring did the adventurous explorer responded from behind her bathroom tiles.

The little kitten had managed to crawl through a gap between the ceramic tiling and the toilet piping before going on a journey into the hollow wall.

Danielle said: “The resulting meowing was coming from behind the bathroom wall.

“I was beside myself with worry as I thought that the kitten would be petrified as he was just getting used to his new surroundings.”

She spent an hour trying to coax him back out in the early hours of Friday before she called the fire brigade for help.

Firefighters located the kitten from behind some plasterboard after removing some tiles and the bath panelling.

Danielle has now named him Tubs, after his bathroom adventures.

Station manager Martin Farrow, of Tyne and Wear Fire and Rescue Service, said: “Throughout the working week our firefighters get dispatched to a variety of different jobs in the community.

“There’s never one day that is ever the same.

“This rescue of Tubs the kitten is a perfect example of how our crews use their training and judgment to assess the situation and resolve the matter, with this particular incident having a happy ending.

“It was lovely to see photographs of Tubs and Danielle peacefully reunited.”

Danielle added: “The firefighters were really gentle with Tubs and made sure that we were both OK before they left.

“They even did a safe-and-well check on my smoke alarms on their way out.”

Check out this puppy with giant googly eyes

Please log in or register to upvote this article
Kittenrescue