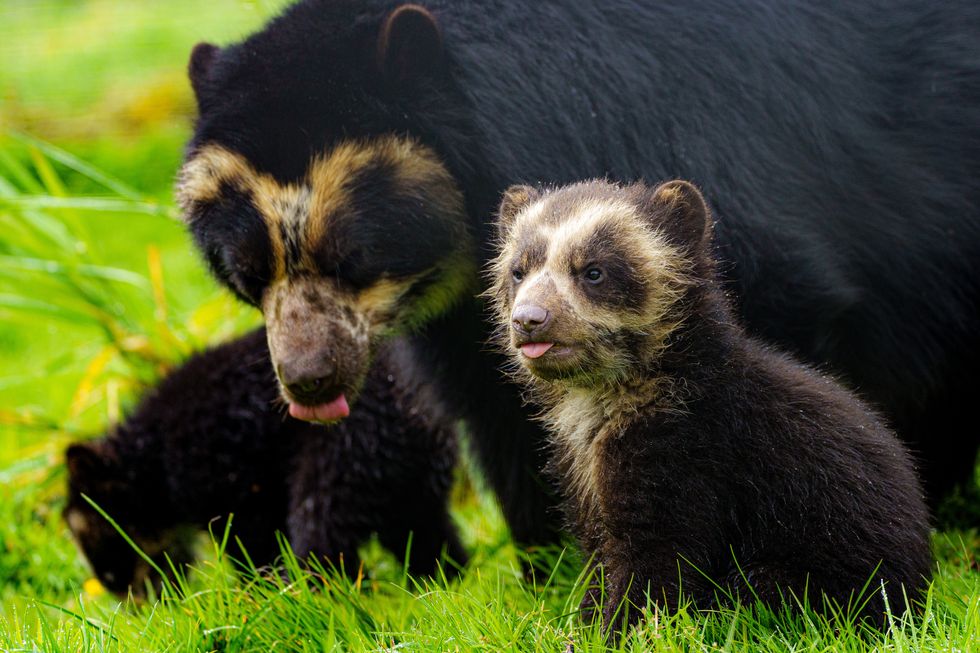 Although the small bears were wary at first, they were soon bounding around and exploring their surroundings, under the watchful eye of their mother, Madidi.

“It’s exciting to see them out and to be at a point where the public can finally see them,” keeper Chris Wilkinson said.

“We are very happy with their growth and development.”

There are thought to be fewer than 10,000 Andean bears, also known as spectacled bears, in the wild, and they are the last living species of short-faced bear.

The birth of the twin bear cubs is a significant achievement as there are only isolated populations of the species left in the wild, making them vulnerable to extinction.

The nursery area of the bears’ enclosure has recently been extended to accommodate the youngsters, with plenty of space for the cubs to explore, climb and grow.

In anticipation of the cubs venturing out, the keepers and ground staff made several changes to “cub proof” their habitat.

The twin bears and their mother will remain separate from the cubs’ father, Rasu, as Andean bears live a solitary lifestyle in the wild.

The cubs’ enclosure has been divided to allow them access to the main area while separating them from the stream and the main pool.

Keepers have drained the enclosure pond until the cubs are bigger as an extra precaution, and woodchip mulch has been laid to soften any potential tumbles.

Andean bears are an arboreal species perfectly adapted for climbing.

Their non-retractable claws help them climb trees to reach food in mountainous regions of South America.

This 9 question test will reveal your true personality

10 of the most moving tributes to Tom Verlaine: "I've lost a hero"