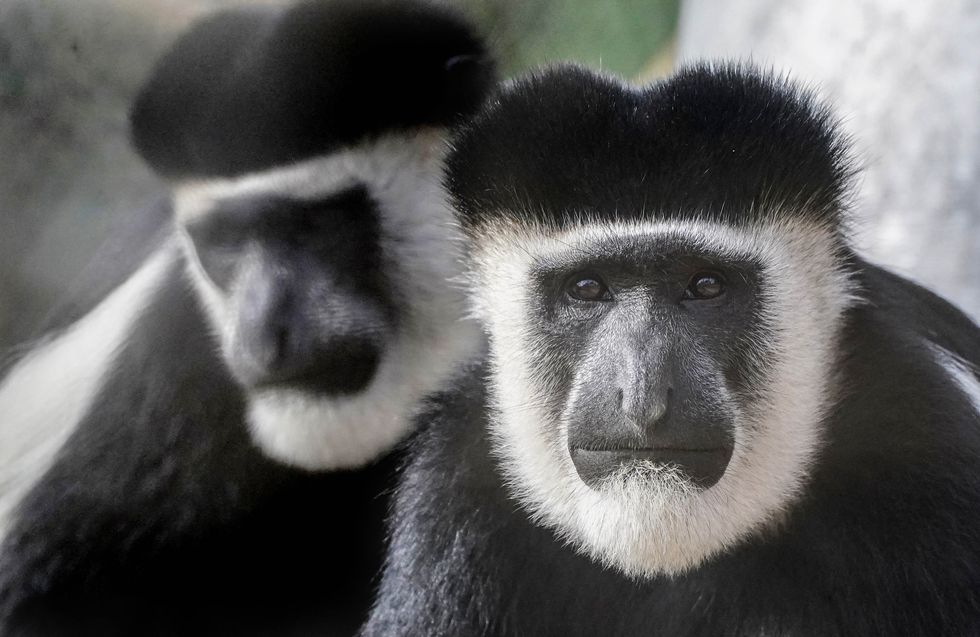 Colobus monkeys were treated to an al fresco breakfast as they received a sneak peak into a new exhibit at London Zoo, which is the height of six double-decker buses.

The Monkey Valley canal-side walkthrough exhibit is to open on August 15 and visitors are able to see 360-degree panoramic views of black and white colobus monkeys, which are most commonly found in central Africa.

The exhibit is set to include multiple sunny and shaded spots for the 10-strong mammal clan to lounge in, as well as more than 800 metres of rope for the group to play with.

The walkthrough is 80ft above the Primrose Hill skyline, which is the equivalent of six double-decker London buses, and hopes to transport guests to the “lush, mountainous forests of central Africa”.

A picnic spot called Colobus Park is to feature at the attraction, where guests can watch the monkeys or even their children leap into action, as they play games including one called “colobus speak”, where they can learn what the grunts made by the monkeys mean.

Monkey fans Cat Avery and her sons Mason, seven, and Austin, four, watched on as the animals tucked into an al fresco breakfast, courtesy of the zoo team, as they entered their new home.

“Colobus monkeys are nicknamed the ‘high-flying monkeys’, because of their impressive leaps – as they drop from branch to branch, with their arms outstretched, it’s believed they use the long hair on their body and tails as makeshift parachutes.

“It’s truly a sight to behold, and we can’t wait to share this and more about these incredible primates with our visitors.”