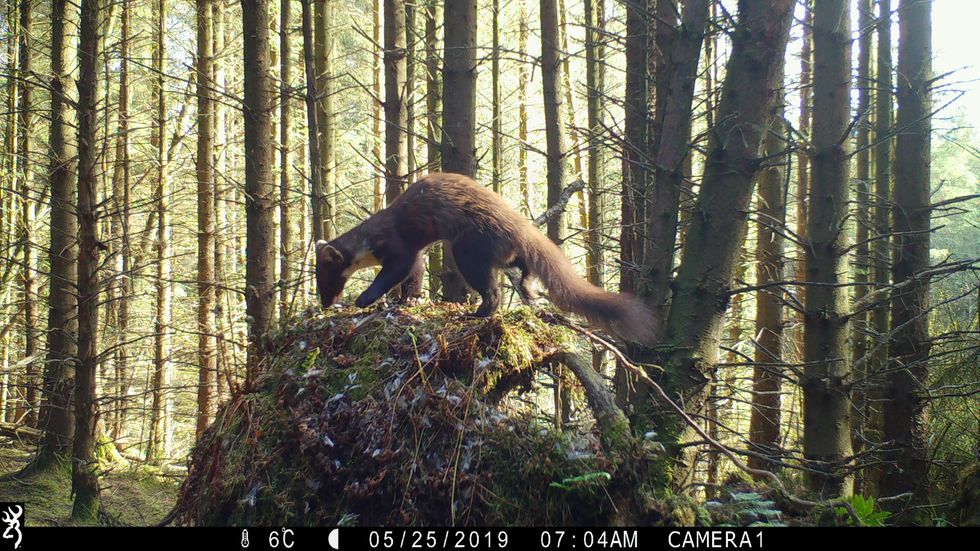 A new study is under way to help the revival of pine martens, one of the UK’s rarest mammals.

The elusive creatures, once written off as extinct in England, are strengthening their presence in Northumberland’s 63,000 hectare Kielder Forest, after being detected on cameras set up to monitor red squirrels four years ago.

Martens are agile tree climbers, larger than stoats or ferrets, with bushy tails and grow up to 2ft long as adults.

The boxes are situated in one of two separate areas where pine marten scats – the faeces they use to mark territory – have been detected.

Conservationists will leave the other area untouched and will study how the two habitats are used by martens, one with boxes and one without.

Wayne Penrose, Forestry England ecologist, said: “We have martens in both areas so we’re hopeful this project will produce solid data to help us manage the habitat.

“Martens could have made their way here from the population in southern Scotland.

“But one thing the forest currently lacks is natural denning sites in trees, so boxes should make up for this.”

Once widespread in the UK, persecution and habitat loss saw the marten population crash during the 19th and early 20th centuries.

Its major stronghold now is the Scottish Highlands.

Mr Birks, one of the UK’s leading authorities on the omnivores, added: “For some years we have had sightings in England, but little in the way of hard evidence until recent times.

“So it’s great that we are now talking about a recolonisation, which is in addition to a reintroduction of martens in the Forest of Dean three years ago.

“A big advantage of Kielder is its sheer size, so martens can expand their territory to find food.”

One beneficiary of the pine marten revival could be red squirrels as the predators are known to reduce the number of greys in areas where they co-exist.

Stowaway squirrel Zippy in captivity after travelling from India to Scotland

Please log in or register to upvote this article
EnvironmentSquirrels