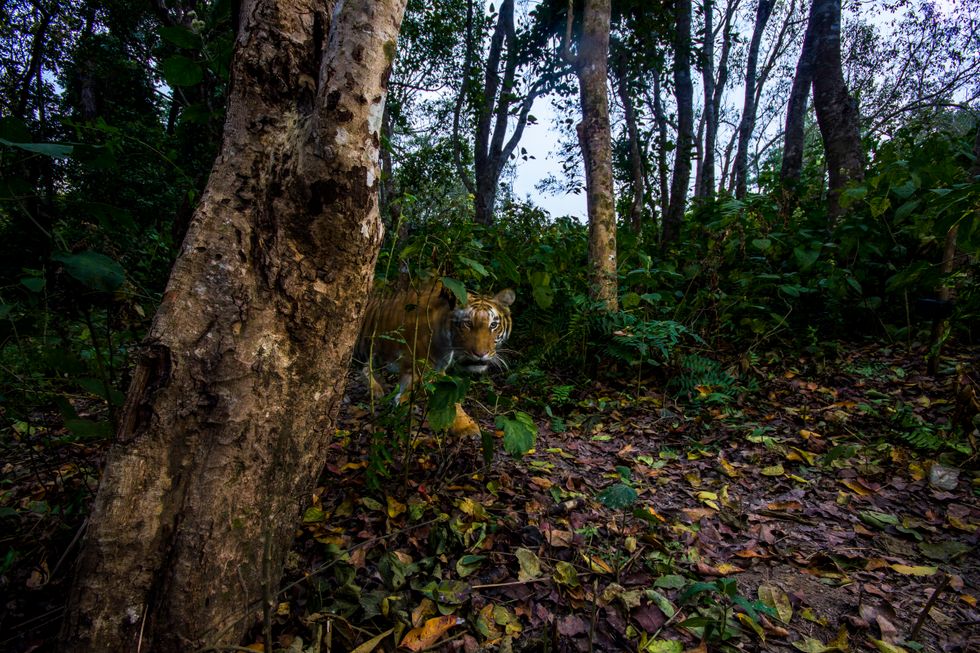 The number of wild tigers in Nepal has doubled to 355 over the past 12 years following an intensive conservation programme, the country’s government has announced (WWF Nepal/PA)

The number of wild tigers in Nepal has more than doubled to 355 over the past 12 years following an intensive conservation programme, the country’s government has announced.

Nepal was one of a number of countries that set a target at a summit in St Petersburg in Russia in 2010 of doubling their wild tiger numbers.

The Himalayan nation is the first country to reveal its numbers, with the news coinciding with the Year of the Tiger in the Chinese calendar.

The National Tiger and Prey Survey 2022 was carried out with the support of the Nepalese arm of international wildlife charity WWF.

The survey took 16,811 days of field time from ecologists, and adult tigers were identified through their unique stripe pattern, WWF said.

In 2009, Nepal had just 121 adult tigers, but, in the wake of the St Petersburg summit, began a programme to protect key habitats and the corridors of land between them.

It included the Khata Forest Conservation Area, which links Nepal to tiger territory in India.

It carried out population assessments every four years, with the latest count revealing the numbers have reached 355 – a figure which excludes juveniles and cubs.

As well as cracking down on the illegal wildlife trade, conservationists worked with local communities, including launching a compensation scheme to replace livestock killed by tigers.

Other initiatives have included assistance to reduce local people’s reliance on firewood, WWF said, and to help them reap the benefits of tourism so they had less need to resort to poaching and illegal logging.

To combat poaching, which led to the decimation of tiger numbers, a number of government and community-based anti-poaching groups were set up.

Becci May, senior programme adviser, Asia programmes, at WWF-UK, said: “Nepal’s achievement in doubling the number of tigers in the wild is down to longstanding political will and the support of local communities.

“The commitment of the people of Nepal to reducing poaching and protecting tigers is inspirational and can serve as a model for conservation elsewhere.”

She added: “Sadly, despite success stories like Nepal, tigers are still the most threatened big cat species globally, reduced to just 5% of their historic range.

“Yet when we protect tiger habitat, we protect so much more – tigers play a key role in maintaining a healthy ecosystem, and the vast areas of forest they require are a vital carbon store.

“Halting and reversing nature loss is the key to allowing both people and wildlife to thrive.”

Tiger range countries are due to meet next month to begin discussions on the next 12-year plan for conservation under the Global Tiger Recovery Programme.

The programme is a collaboration between governments, conservation charities and civil society to ensure the long-term future of the wild tiger.

London Zoo are not messing around with their crocodile exhibition

Please log in or register to upvote this article
ConservationEnvironmentHimalayasNepalWildlife