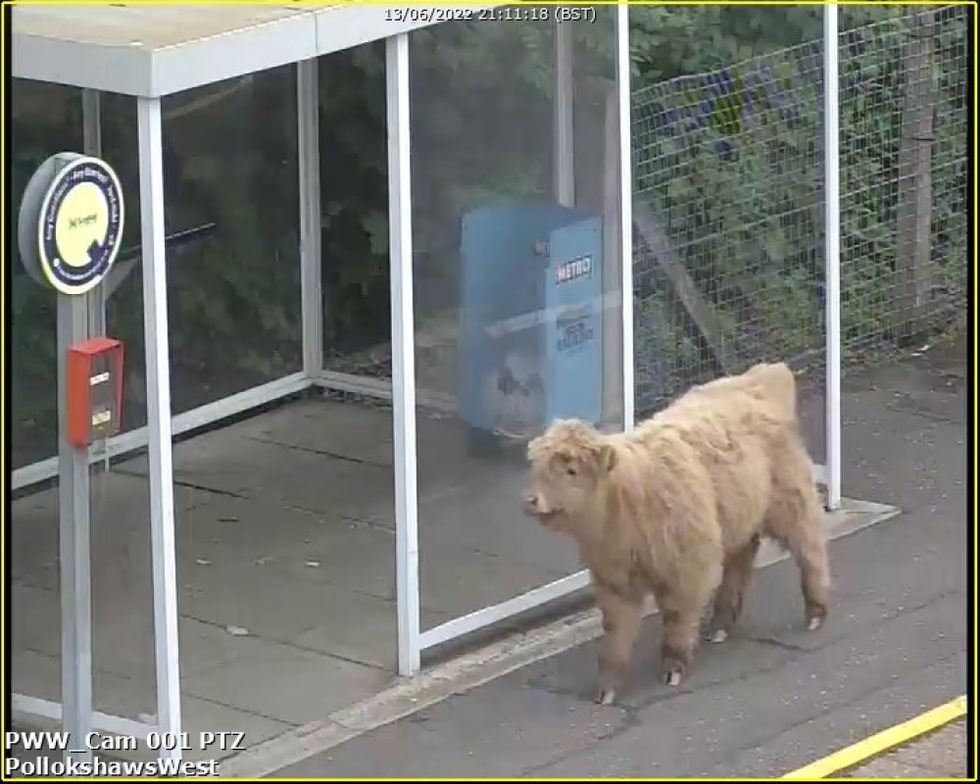 Passengers awaiting their train at Pollokshaws West station in Glasgow were joined by an unlikely traveller on Monday – a young bull.

The animal, who had wandered onto the platform in the evening thanks to some loose fencing, was caught on CCTV appearing to look at the train times and standing under the shelter.

The bull soon walked back to where it came from, but not before spending a short time at the station on the south side of Glasgow.

A ScotRail spokesperson told the PA news agency: “We’re not sure if this customer was trying to find out how to get to ‘Cowdenbeef’ or not.

“Our attempts to communicate seemed to go in one ear and out the udder.

“Thankfully, it didn’t stop any trains from moo-ving, and after a short time, the bull hoofed it out the station back to his field.”

Network Rail Scotland confirmed the animal was safe after it decided against catching the next train.

“Happy to confirm we’ve attended this area and secured the fence. The wee coo is safe,” they wrote.

“He might have been on an undercover steak out…” another added.

Please log in or register to upvote this article
bullGlasgowScotlandScotRailUplifting