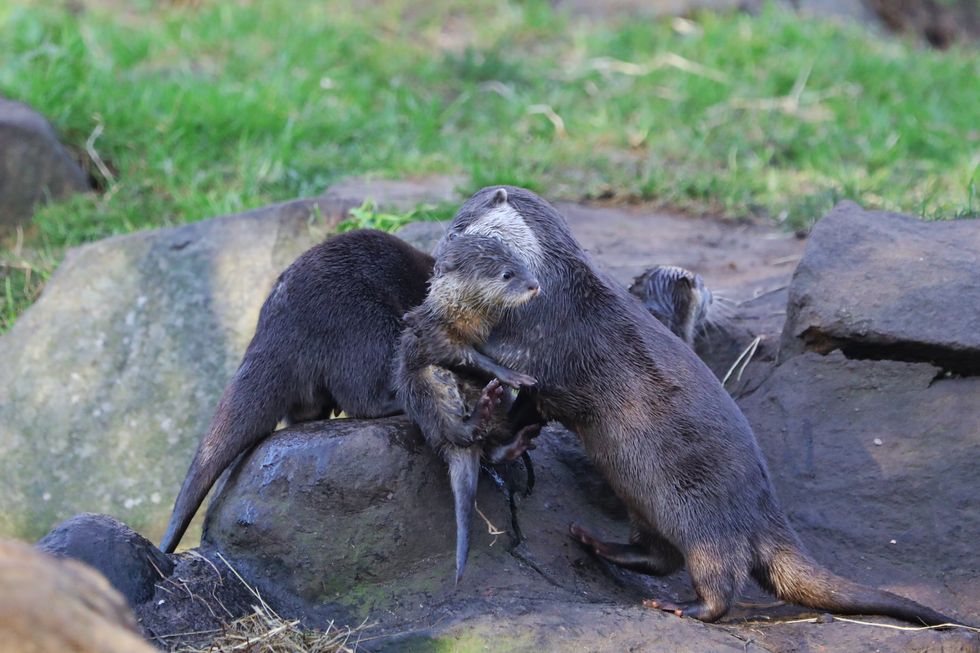 The otters were born in November (RZSS/PA)

Four Asian small-clawed otter pups have begun stepping out in public to explore their zoo enclosure.

The quadruplets were born on November 18 to parents Barry and Luna at the Royal Zoological Society of Scotland’s (RZSS) Edinburgh Zoo.

The animals have now received their first health checks and vets have confirmed the litter comprises four girls, who will be named in the coming weeks.

The pups have started leaving their holt and in recent days have been spotted exploring at lunchtime when members of the public have been able to glimpse them.

Alison MacLean, carnivore team leader at Edinburgh Zoo, said: “We are delighted to welcome our newest additions, who are already proving to be very feisty, becoming more confident every day.

“They are now leaving their holts and exploring the enclosure with the rest of the family.

“Barry and Luna have previously proved themselves to be very attentive parents and can often be seen with their older pups Garry, Eden and Clyde playing in their stream.

“With the addition of the four girls, we now have nine Asian small-clawed otters here at the zoo.

“The species live in family groups consisting of a mum and dad then their older offspring who help to raise the younger ones.”