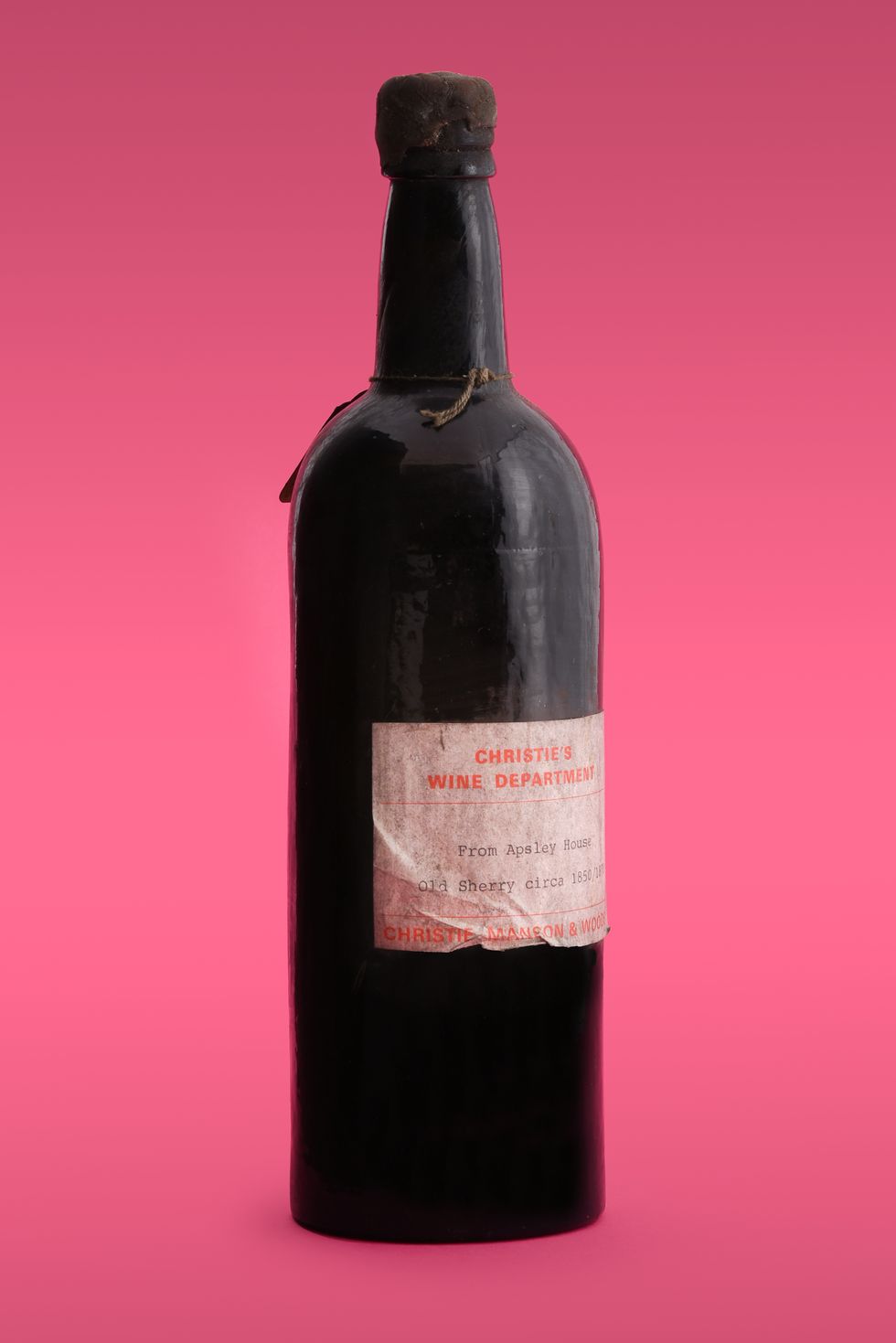 A 150-year-old bottle of sherry from the home of the first Duke of Wellington will go under the hammer this month.

The rare item is believed to have been bottled at Apsley House at Hyde Park Corner in London between 1850 and 1870, when it was home to the duke, Arthur Wellesley.

It is expected to sell for between £300 and £700 during Dreweatts’ Fine And Rare Wine And Spirits sale on July 21.

Wellesley was bestowed the title of the Duke of Wellington after playing a key role in defeating Napoleon at the Battle of Waterloo in 1815 and ending the Napoleonic Wars.

As a reward for his military success, Parliament gave him £700,000 to build a new “Waterloo Palace” but instead of constructing a new building he put in a £40,000 bid to buy Apsley House.

The sherry was purchased in 1977 at a Christie’s sale of wines from the property and has been stored in a Hampshire cellar since.

A bottle from the same collection from 1865 was tasted in 2020 at Christie’s with the tasting note reading, “At over 150 years of age, it looked almost like a young en rama Manzanilla.

“On tasting, the 1865 was well-balanced, chalky and lightly nutty with a characteristic smoky edge.

“Its colour and youthful gait made it hard to believe it was bottled when Abraham Lincoln was President of the United States.”

Mark Robertson, head of Dreweatts’ wine department, said: “A hero to the Spanish, keen Flamenco dancer and no fan of the French, it is of little wonder that it was sherry found in the cellars of the Duke of Wellington’s London home Apsley House.

“I suggest enjoying it, as the Iron Duke would have himself, with his favourite meal of cuts of cold meat, such as Serrano ham.

“It is estimated to fetch £300-£700 when it goes under the hammer in July, but due to its exceptional provenance it could sell for much more.”