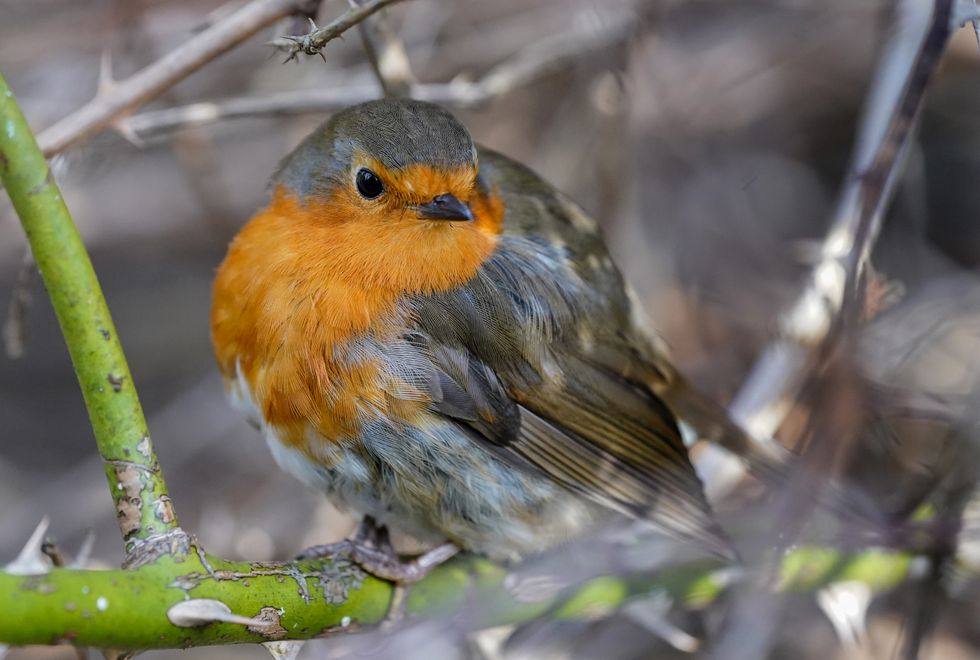 A robin, one of the most commonly spotted species in the Big Garden Birdwatch (Ian West/PA)
PA Wire/PA Images - Ian West

Hundreds of thousands of people have sent in results about the birds they saw in their gardens this weekend, as part of a nationwide wildlife survey.

By Monday, 340,000 participants had recorded sightings of 6.1 million birds as part of the RSPB’s Big Garden Birdwatch, which took place over the weekend.

Blackbirds, great tits and robins, as well as goldfinches, magpies and chaffinches were also among the top 10 species seen in gardens and on balconies, according to the results so far.

The RSPB has been running the annual count, in which people are asked to spend an hour watching the birds and recording all the species they see, for more than 40 years, and says it is the biggest garden wildlife survey in the world.

Last year a record one million people took part in the Big Garden Birdwatch survey, amid the pandemic lockdown.

The RSPB urged people who had taken part this year to submit their results if they have not already done so.

The findings help experts understand how birds are faring across the country, the conservation charity said.

Martin Fowlie, RSPB spokesman, said: “We know garden birds provide an important connection to nature for people and for many of us that connection has only strengthened over the last couple of years.

“So it’s brilliant to see so many people taking part and helping nature on their doorstep.

“Data from Big Garden Birdwatch give the RSPB valuable insight into the ups and downs of bird populations, so if you haven’t already then please do send in results.”

People have until February 20 to submit their results.

More than a million people take part in record-breaking birdwatch

Please log in or register to upvote this article
RSPB