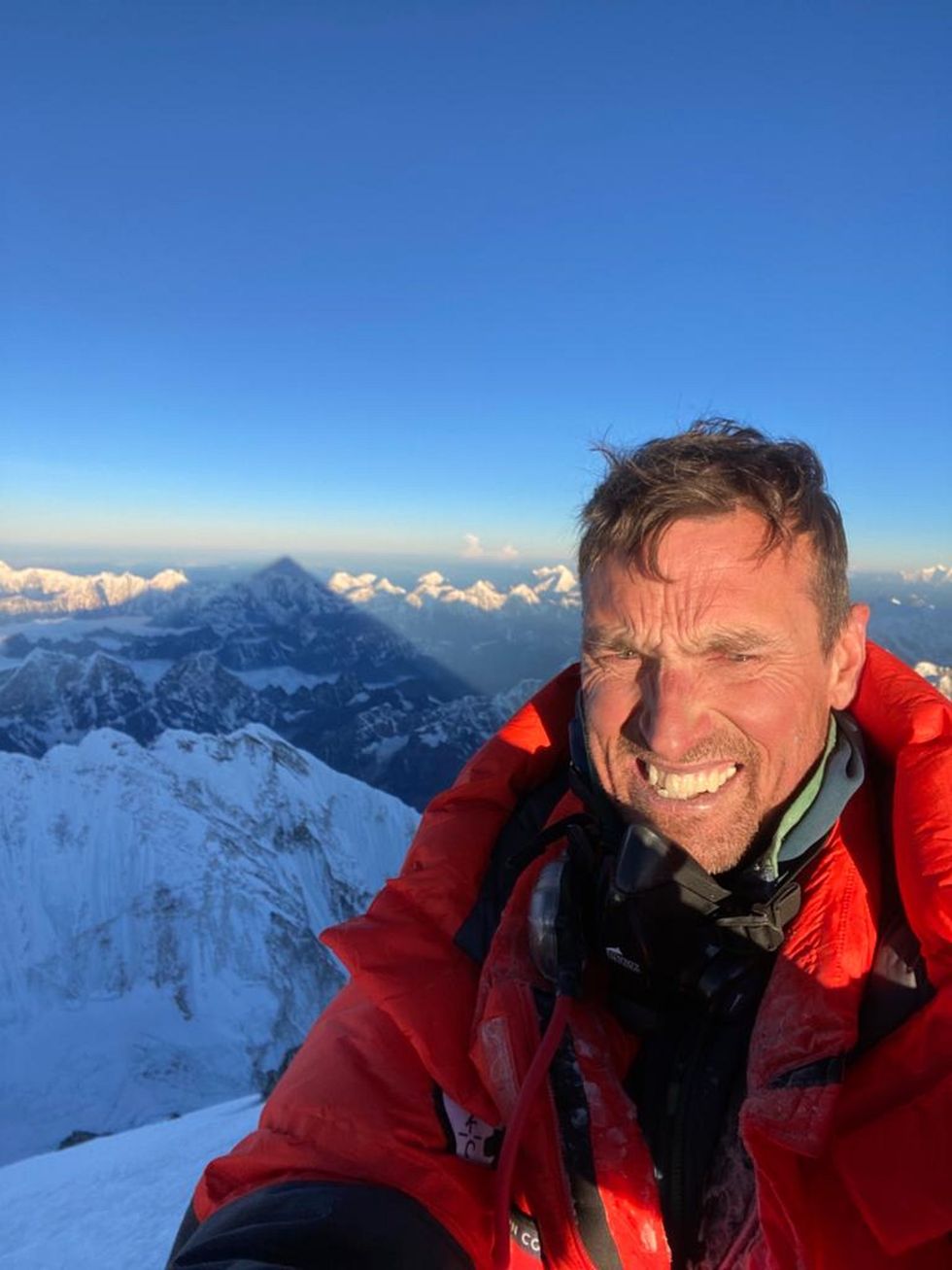 British mountaineer Kenton Cool said he has “a few more Everests left” after reaching the summit for a record-breaking 16th time at the weekend, the most climbs by any non-Sherpa.

Mr Cool, 48, reached the summit overnight on Saturday alongside a British fitness entrepreneur who was completing the feat for her first time.

He told the PA news agency that there was “a feeling of euphoria in base camp” afterwards, adding that they had the “perfect” day to the summit.

“It’s arguably one of the best days I’ve had,” he said.

“We left under almost a full moon, crystal clear, the stars were just all over the place.

“We hardly needed headtorches, it was comparatively warm, we weren’t wearing mittens, which we would normally do.

“There weren’t that many people. So you hear about all the crowds, and we had none of that, we had the perfect day to the summit.”

In his previous 15 trips up Everest, Mr Cool has been a guide to other well-known mountaineers, including Sir Ranulph Fiennes and broadcaster Ben Fogle.

The British guide said that the most important thing he has learned is “to be humble”.

I think I've got a few more Everests left

“The Sherpa team we work with, they are the guys that make it possible,” he said.

“The humility that those guys have is unbelievable, and I try to bring a little bit of that home with me after every expedition.

“We do need to respect nature and the power that she has. Because if Mount Everest wants to, she will extinguish life in a click of a finger.

“It is a very dangerous place to be despite all the technology and the experience and the understanding that we have – we are grappling and wrestling with forces of nature.”

Alongside his 16 Everest summits, Mr Cool previously became the first person to complete the Everest triple crown, comprising of Everest, Lhotse and Nuptse, in one push without returning to base camp.

He was told he would never walk again unaided after he shattered both heel bones in a rock-climbing accident in 1996. He defied those predictions with a year of surgery and therapy, but still has chronic pain.

And despite saying he was “hobbling around base camp” after the climb, Mr Cool said he believes he is not done yet.

“I think I’ve got a few more Everests left. I’m not going to say exactly how many because I’m not sure,” he said.

“But I will certainly keep returning to the country long after I hang up my boots for climbing Everest.”

Please log in or register to upvote this article
Britainrecord