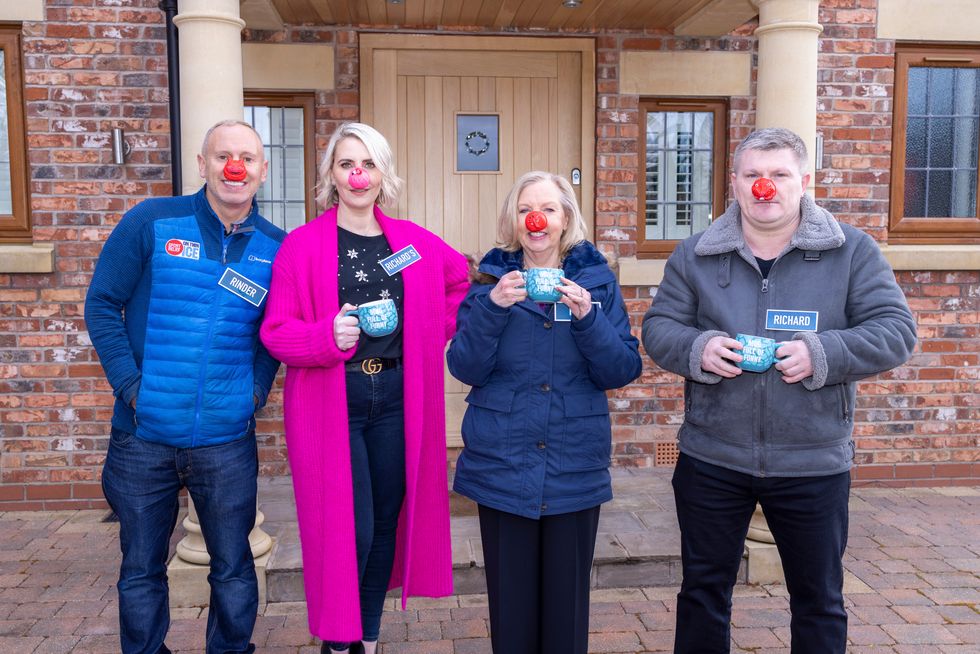 Rob Rinder, Claire Richards, Deborah Meaden and Ricky Hatton are taking part in a special edition of This Is MY House for Comic Relief (TIMH/PA)

Steps singer Claire Richards and Judge Rob Rinder will feature as celebrity contestants in a Red Nose Day special of the game show This Is MY House.

Dragons’ Den star Deborah Meaden and former professional boxer Ricky Hatton will also appear on the show, which sees all four panellists claim to own the same house, but only one of them is telling the truth.

A celebrity panel of judges – consisting of presenter Claudia Winkleman, comedian Harry Hill, EastEnders actress Nina Wadia and former professional boxer Chris Eubank – will have to work out who is the real owner of the luxury four-bedroom home.

Richards said: “I had so much fun playing This Is MY House for such a special cause. I think people will be surprised and, most importantly, entertained by how it all plays out. I can’t wait for everyone to see it!”

Rinder said: “When I was asked to take part in this special episode of This Is MY House, I just had to say yes as I loved the first series.

“It was also a brilliant chance to take part for a fantastic cause, Comic Relief. It’s a cause close to my heart so it was an honour to be involved.”

Hatton said he had a “good laugh” playing along with the other celebrities while doing the show for an “important cause”.

Meaden agreed, saying she had a “fantastic time” creating the special episode.

She added: “The amazing work that Comic Relief does in supporting those who need help, both here in the UK and internationally, is so important. I hope people enjoy watching the show as much as I enjoyed taking part.”

BBC One’s This Is MY House was created by DJ and former Blue Peter presenter Richard Bacon and is produced by Expectation in the UK.

Viewers tuning in to the special could also be in with the chance to win a trip to Toronto in Canada, including flights for two people and a four-night stay in a four-star hotel, while also donating to Comic Relief.

The BBC has said the money raised by Red Nose Day will fund multiple organisations, including some which are providing support for people in Ukraine affected by the Russian invasion, and the displacement of people in many parts of the world.