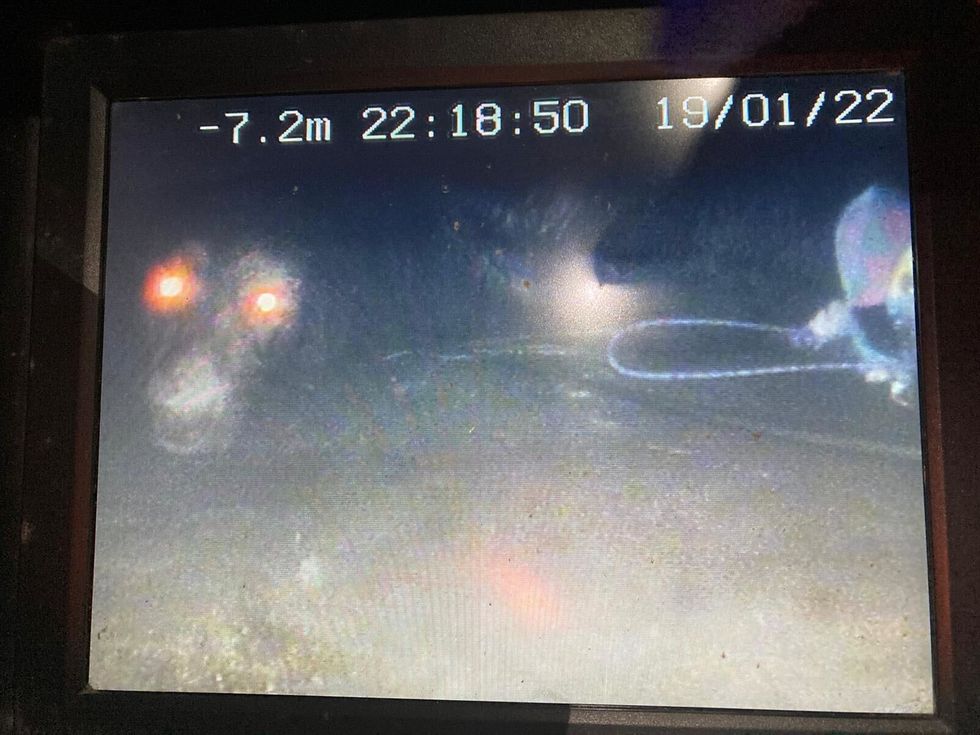 Reggie the 11-month-old spaniel fell down a crevice at Llwynypia Mountain in the Clydach forest, Wales (Drainforce LTD)

A dog has been rescued 34 hours after getting stuck down a 22ft deep crevice on a mountain.

Reggie the 11-month-old spaniel fell down a crevice at Llwynypia Mountain in the Clydach forest in Wales.

After being stuck for 34 hours, Reggie was rescued and safely returned to his owners, who have said he is in “good spirits” despite his ordeal.

South Wales Fire and Rescue Service was called to the scene shortly before 3pm on Tuesday and used specialist equipment including canine lights and cameras to assess the situation.

After 34 hours being stuck, Reggie was rescued and reunited with his owners (Drainforce LTD)

Firefighters were unable to rescue Reggie, prompting his owner Leah Davies to appeal for help on Facebook.

Two employees from a local drainage company, Drainforce, spotted her post and arrived on the scene to assist.

A friend of the owner later confirmed that Reggie was saved shortly before 1am on Thursday morning from a depth of 8.4 metres after fire and rescue and mountain rescue teams had left.

After the rescue, Ms Davies shared the news on Facebook and thanked rescue teams for their efforts.

She wrote: “Reggie is in good spirits, the vet has no concerns for him, he really is a true little warrior.

“The love, support and help from everyone I can’t thank you all enough, we are overwhelmed!

“A massive thanks to Drainforce Harry Booton (and) Neil Wilson.”

She also thanked a local chip shop for “fuelling all the rescue teams”, and added: “We got there in the end.”

Sausage dogs might have been used in gladiator fights

Please log in or register to upvote this article
dogsrescueWales