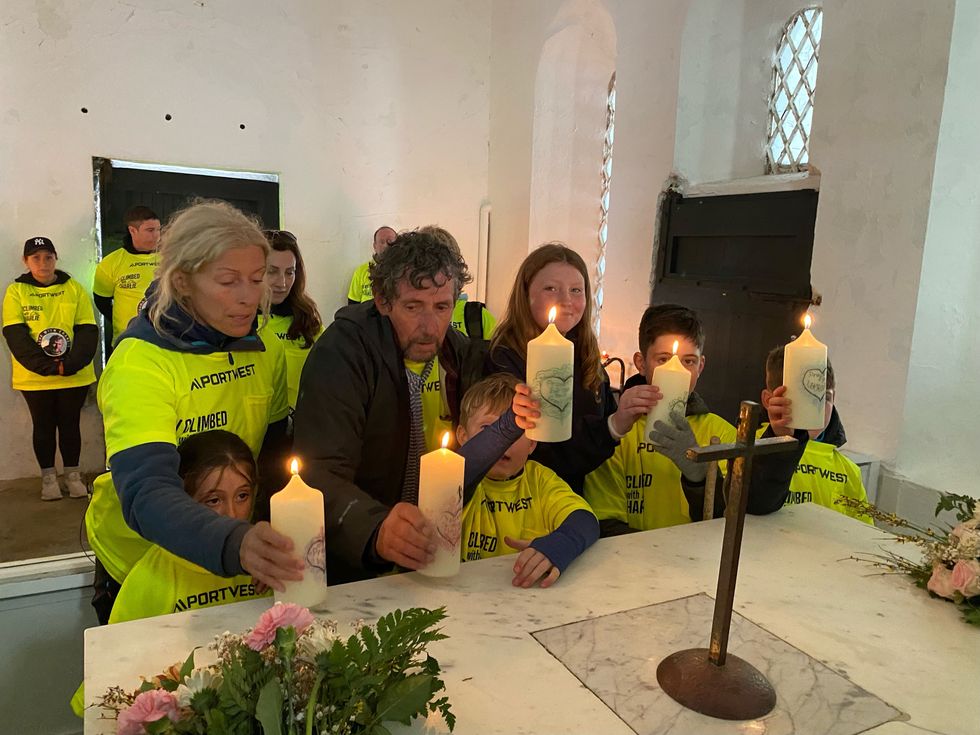 The ex-RTE chief news correspondent, who was diagnosed with motor neurone disease last year, said he is “completely blown away” by the success of the Climb with Charlie campaign.

Bird was cheered by friends and family on Saturday as he achieved his goal of scaling the summit of Croagh Patrick in Co Mayo.

His challenge caught the imagination of the public and thousands of people completed their own Climb with Charlie events all over Ireland and further afield on Saturday. Climbs were organised as far away as the US, Australia, South Africa and Spain.

“Wow I am completely blown away by the amazing support for climb with Charlie all over the country and abroad,” he said.

The well-known TV journalist added: “I cried so much yesterday, but they were all tears of joy. A big loving hug to everyone. Thanks everyone.”

Bird, 72, raised his climbing stick in triumph as he reached the top of Croagh Patrick.

Extending the hand of friendship is our motto for climbwithcharlie I can officially confirm we have gone over the… https://t.co/TVmsJMXqxV
— Charlie Bird (@Charlie Bird) 1648998897

Hundreds joined him on the Saturday morning climb up a mountain known as the Reek.

Among them was the host of RTE’s flagship The Late Late Show Ryan Tubridy, and singer Daniel O’Donnell.

Bird, who was accompanied by his wife Claire and daughters Orla and Neasa, lit five candles in the small chapel at the top of the mountain – one for his friend and high-profile campaigner for women battling cervical cancer Vicky Phelan; one for everyone diagnosed with a terminal illness; one for those experiencing mental health difficulties; one for everyone involved in the fight against Covid-19; and a final candle for the people of Ukraine.

The Climb with Charlie fundraising page will remain open for donations for the next three months, at www.climbwithcharlie.ie.

Please log in or register to upvote this article
charityIrelandRTE