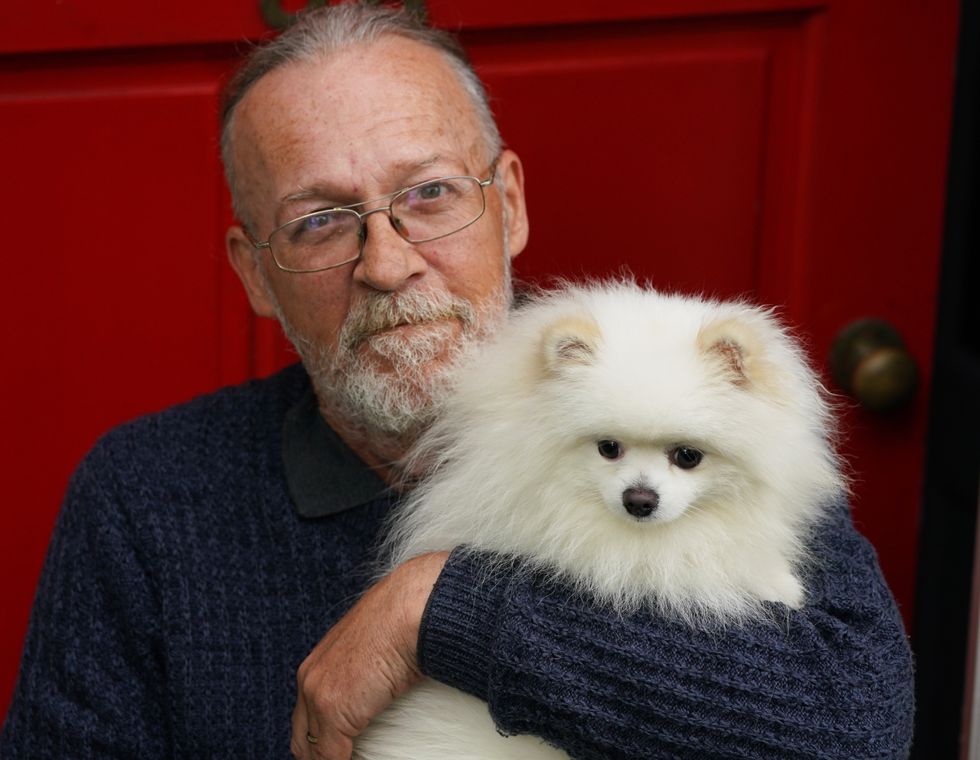 A family who fled war in Ukraine said they were “really happy” to have their beloved dog back after he was quarantined by the UK authorities for more than eight weeks.

Mike and Alla Haley desperately missed their one-year-old Pomeranian Archie, who kept up their spirits on their 2,000-mile journey from Kyiv to north-east England.

A technical issue over Archie’s rabies vaccine led to him being quarantined on April 1 and kept from the family as they settled.

He was released back to his owners after they made a plea, via the PA news agency last week, for an update on the progress of his paperwork.

Mr Haley, 61, who is originally from South Tyneside but has lived in Ukraine for 17 years with his wife, said: “We’re really happy.

“He is a bit nervous, he has been in real isolation for two months.”

Mr Haley, who taught English and was a translator before the war, said Archie was like a circus dog, entertaining child refugees as they made the journey out of Ukraine.

Stroking the little dog in their flat in Newcastle, he said: “He kept us sane and amused, it felt like he saved us in a way.

“Because of the quarantine, it felt like we couldn’t save him and we let him down.”

Mrs Haley, who suffers from panic attacks and depression, was very upset at losing her dog, and her husband made repeated unsuccessful attempts to find out when they could get him back from a quarantine centre in Aberdeen.

After they spoke to the media about their situation, the Animal and Plant Health Agency which makes sure pets coming to the country are free of rabies, said Archie could come home soon.

Mrs Haley has concerns about Archie’s ongoing health, particularly as the dog was forced to have a second rabies vaccine in the UK just six weeks after his first.

Archie must now isolate at home for some weeks before he is allowed out of the flat the family has been loaned with the help of a charity.

Mrs Haley was grateful to the people in the UK who have made them and her 81-year-old mother Valentyna feel welcome.

The family are hoping to return to Kyiv in the summer.

Mr Haley has struggled to access Government support, despite being British, said: “We cannot complain about the bureaucracy and delays (because) I understand English people have the same problems.

“It’s not just us coming here having problems, it’s everyone.”

Please log in or register to upvote this article
dogsrefugeesUkraine