‘He has made our year’: Keanu Reeves delights locals at a Northamptonshire pub 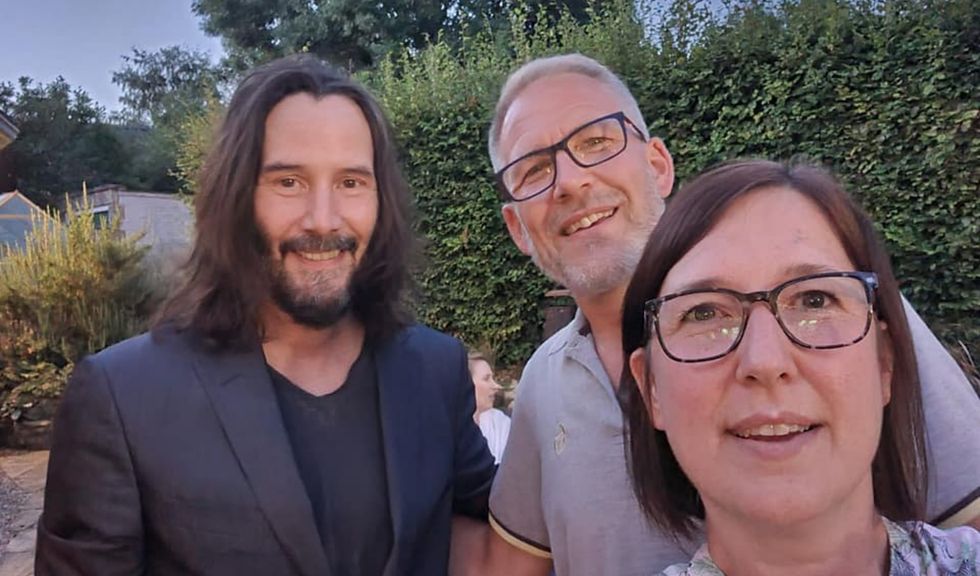 Keanu Reeves has delighted locals at a Northamptonshire pub, with one resident saying the actor had “made our year”.

The John Wick star was spotted by surprised pub-goers at The Fox and Hounds, Charwelton on Wednesday.

Dianne King, 46, had been at the pub with her husband, Jason, and said she did not believe it was the Matrix actor at first.

“We really didn’t think it was him at first,” Mrs King told the PA news agency.

“Why would Keanu Reeves be in our local pub? But when I realised (it was him) I went over just to make sure.

“He was really nice and asked if I wanted a photo, and funnily enough I did. Who wouldn’t?”

He was really nice and asked if I wanted a photo, and funnily enough I did. Who wouldn't?

The couple described the film star as a “lovely person” and said the experience of meeting him had been an “honour”.

“He is a legend and I think myself and my husband are still on a high from it,” Mrs King said.

“He has made our year. What a honour.”

It has not been clarified as to why Mr Reeves was in Northamptonshire.